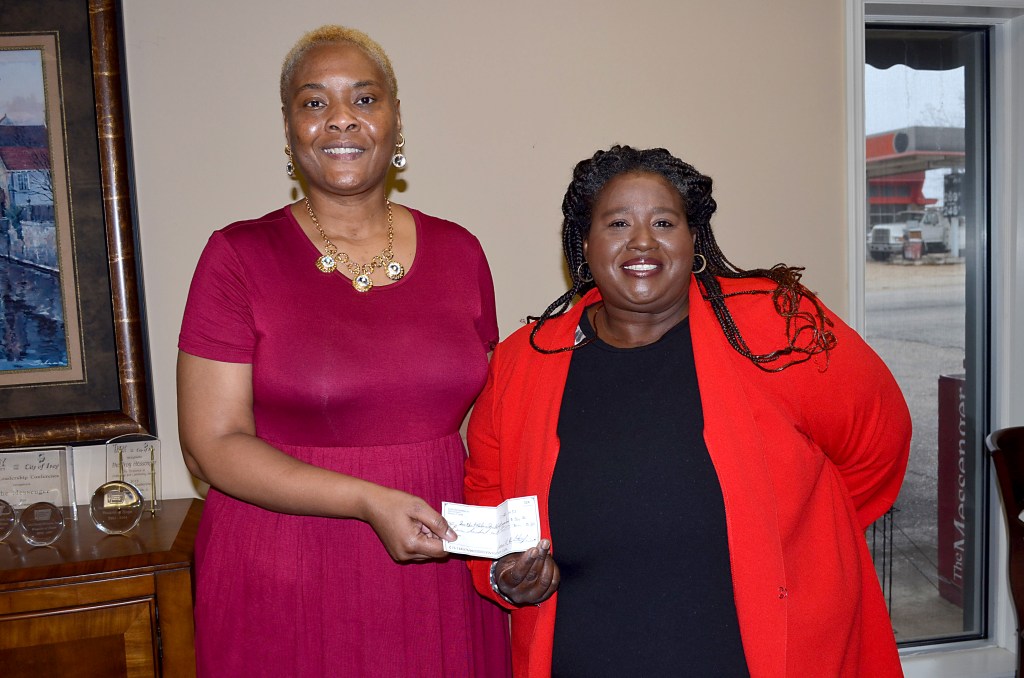 Jaine Treadwell | The Messenger Johnnie Cannon, left, presented a donation to the Southeast Sickle Cell Association of Southeast Alabama. Wendy Boykin, association program director, accepted the donation that was made by the Circle City Corvette Club of Dothan.

On Tuesday, Johnnie Cannon of Pike County presented a donation of $500 to Wendy Boykin, program director at the Southeast Sickle Cell Association of Southeast Alabama.

“On behalf of the Sickle Cell office, we are so thankful for the donation,” Boykin said. “Funding is always needed and greatly appreciated. We cannot thank the Circle City Corvette Club and the Cannon family enough.”

The Circle City Corvette Club was created in the summer of 1978 by a group of Corvette enthusiasts in the Dothan area. The objective of the club is to bring Corvette owners in the area together to enjoy the car and its heritage.

Circle City Corvettes continues to strive to promote and preserve the heritage of the Corvette while performing community service, contributing to charities and providing enjoyable and rewarding activities for its members.