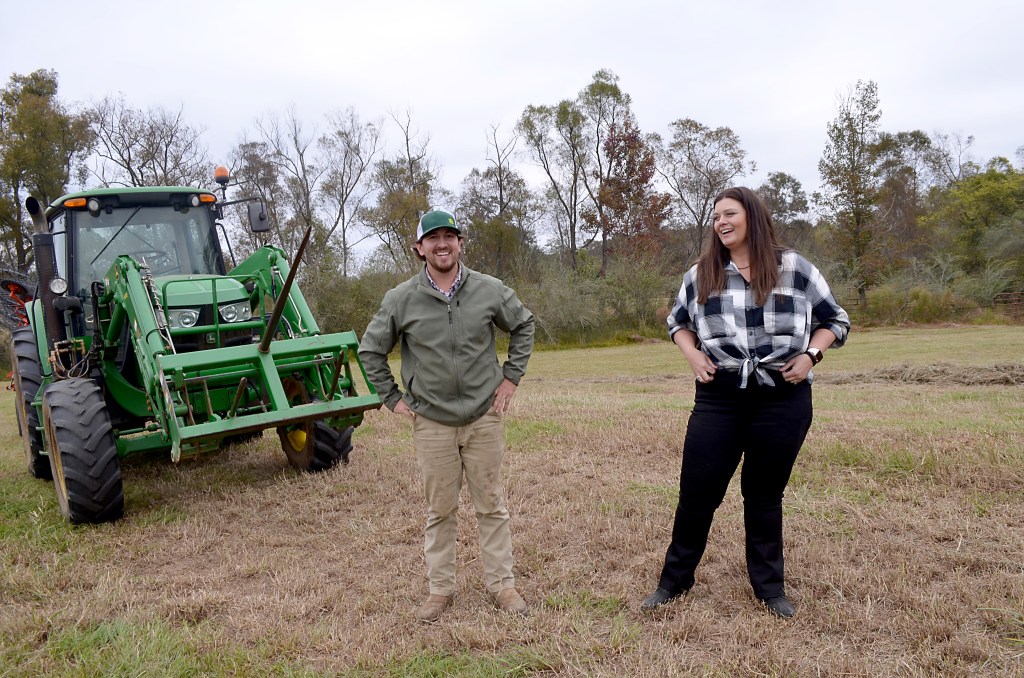 Jaine Treadwell | The Messenger Halston Motes and Stephanie Baker participated in the Pike County Farm City Committee’s 2021 Job Swap. After swapping roles for a day, both had gained a deep appreciation for the work the other does and were secure in the assurance that they each are in exactly the right workplace. Baker is director of market development at KW Plastics Recycling Division I. Motes is in the business of agriculture.

The Farm City Committee of the Pike County Chamber of Commerce met Tuesday to discuss the committee’s Farm City Week activities and events and began planning for upcoming calendar events.

The committee discussed how tickets to future Farm City banquets will be distributed to members and guests. The committee also considered sponsorships for the annual banquet that honors members of both the rural and urban communities who have made outstanding contributions to the farm-city relationship during the year.

The membership voted to increase the base level of sponsorships from $75 to $100.

The Pike County Extension Office will handle the sponsorships and tickets within the guidelines established by the Farm City Committee.

Abby Peters, Pike County Extension coordinator, reported that Farm Day and Touch a Tractor were, once again, a great success. Third grade students in all schools in Pike County attended Farm Day and had opportunities to also touch farm animals, including large animals -goats, horses, cows and a pig, as well as soft, fluffy baby chicks. The young students also learned about cotton, forest fires and critters that live under ground.

The committee will review its membership in an effort to bring it up to date and add new members as the numbers warrant.

The committee discussed the annual Farm City Tour, which offers committee members the opportunity to visit local businesses and industries and earn more about the role they play in the economic fabric of Pike County. Several suggestions were made. Time and date of the Farm City Tour will be announced.

The Farm City Committee is working on its 2021 scrapbook. Anyone with photos and/or documents that will help tell the story of the Farm-City connection in Pike County during the year 2021 are asked to share them with the committee, via the Pike County Chamber of Commerce.