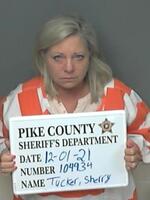 A former Troy City Schools employee has been convicted and sentenced for stealing money from teachers and parents.

According to previously published reports, Troy City Schools requested a state auditor examine school’s books after some discrepancies were found. Auditor’s discovered that a duplicate receipt book helped a Tucker divert more than $37,000 in funds from Troy Elementary School, according to a state auditor’s finding.

According to the report, made public Aug. 28, 2020, Tucker kept two separate master receipt books for the school, although only one had been authorized and submitted for annual audits and review. Between Oct. 1, 2018, and Dec. 31, 2019, the special audit found $37,189.07 missing from school accounts, including more than $8,500 in proceeds of school fundraisers during those two years.

Marshall said during the sentencing hearing Tucker admitted that in her capacity as a bookkeeper, she collected money from teacher and parents for school events and unlawfully pocketed money for her own benefit. Marshall said she also admitted to using a fake receipt book to conceal the thefts.

Tucker, who had been a bookkeeper at Troy Elementary for more than six years, transferred to a central office role in October 2019. She is no longer employed by Troy City Schools.

“Ms. Tucker stole money provided by parents and teachers to further educational objectives,” Marshall said. “Public employees working in Alabama’s schools must be honest when handling public money. Her conviction should send a clear message that abuses like hers will not be tolerated.”