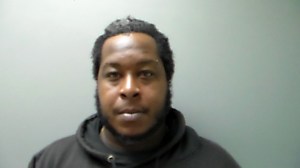 A Troy man has been charged with multiple counts of attempted murder in connection with a shooting on Aster Circle.

According to Troy Police Chief Randall Barr, Daryl Jerrell Davis, 31, of Troy, was arrested Sunday and charged with four counts of attempted murder and one count of shooting into an occupied dwelling.

Bar said officers responded to a report of shots fired in the 400 block of Aster Circle on Saturday around 8:30 p.m. Barr said police arrived on scene and began talking to numerous people as well as one victim who was grazed by a bullet. Bar said on-scene officers were advised by Troy Regional Medical Center that a gunshot victim had arrived at the hospital by private vehicle.

Barr said the victim on scene was treated and released and the victim at the hospital was transported to a Montgomery hospital, but had non-life threatening injuries.

Barr said detectives arrived on scene and began an investigation. He said the TPD detectives were able to identify suspects and were able to obtain warrants on Davis for attempted murder and shooting into an occupied dwelling.

Barr said the case remains under investigation and additional arrests are expected in the future.