Give thanks, give back 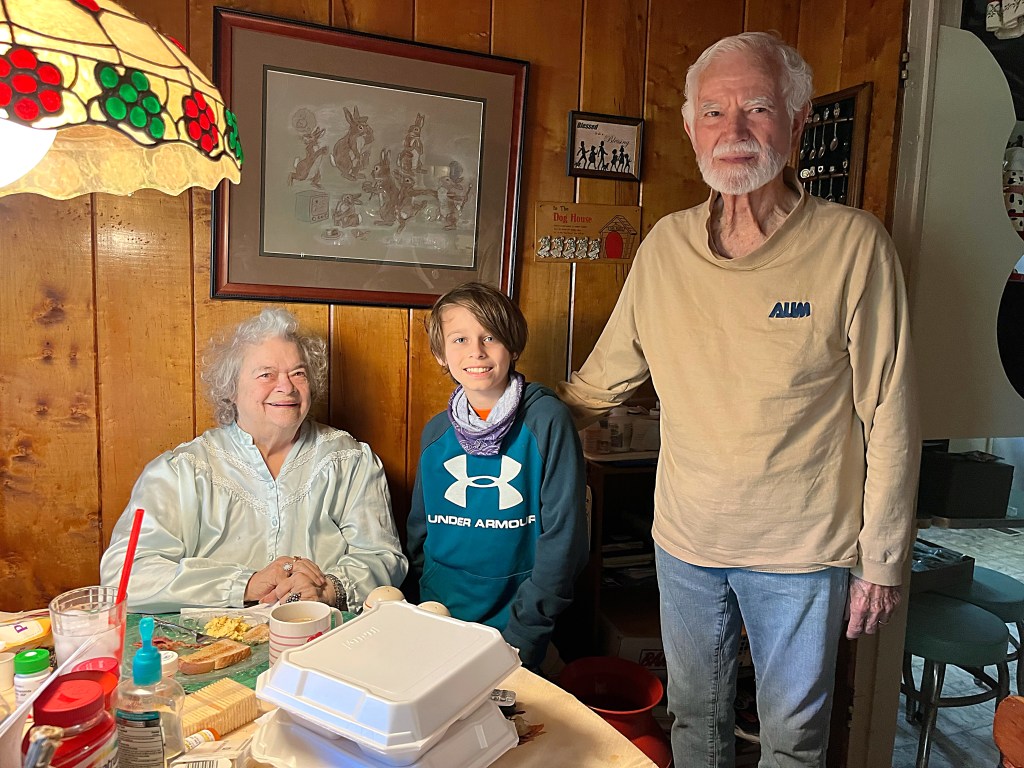 Contributed Photo Stone Shirah participated in the delivery of community Thanksgiving dinners. One of his stops was to Lawrence and Sara Bowden in Brundidge.

Being a part of making Thanksgiving meaningful for others has meant so much to Boutwell over the years that she wanted to share the joy of giving with her grandchildren.

“I want them to know that it is truly more blessed to give than to receive,” Boutwell said “I think now they truly understand.”

Stone Shirah participated in the delivery of community Thanksgiving dinners on the Tuesday before Thanksgiving.

“It’s a fun thing to do,” Stone said. “If you’re going to be a nice person then you want to go out and do things for the people in need.” It means everything to me to help these people.”

“They were so nice and so thankful,” he said.” Helping deliver Thanksgiving dinners to others made Thanksgiving more thankful to me.”

Stone said he is thankful for people like the Griffins and all their friends and the Rotarians that want to help others.

Cornelius Griffin was a gridiron star at Pike County High School, the University of Alabama and in the National Football League. Griffin began hosting the Thanksgiving Dinners in appreciation for the support he received from his community and the dinners have become a Thanksgiving tradition in Brundidge.

Griffin said he is thankful to have so many who support the efforts to make sure Thanksgiving is a day of blessings for those in his hometown.

On the Tuesday before Thanksgiving, each year, the Griffin family and a “village” of extended family members, church members, townspeople and Brundidge Rotary Club members delivered about 800 made-from-scratch Thanksgiving dinners in and around Brundidge. The dinners were a blessing to those who received them and a greater blessing to those who grew, harvested, prepared and delivered plates.