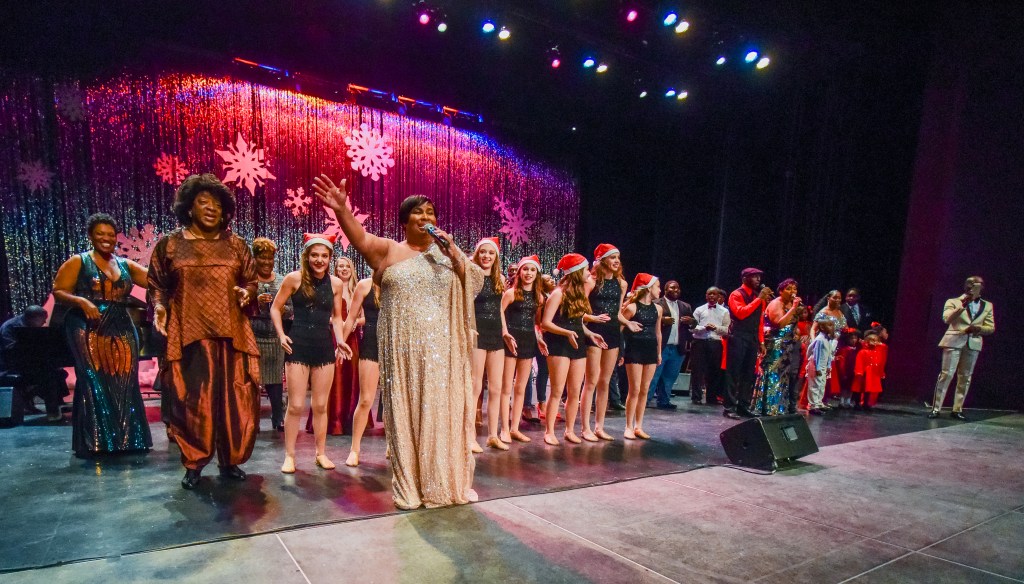 Even though the Thanksgiving turkey is not yet in the cooker and the peas are not in the pot, Sheila Jackson and friends are in The Studio rehearsing for the Sheila Jackson & Friends Holiday Concert that will be aired on cable TV during the month of December and on area television stations on Christmas Eve and Christmas Day.

“We had hopes of having a live Christmas concert this year but we thought it best to go virtual again with plans to be back live in Christmas 2022.”

Jackson said she and her friends look forward to the Christmas concert each year with hopes that others do as well.

“Christmas is about the birth of Jesus and that is the real reason for the season,” Jackson said. “Celebrating with family and friends gives extra special meaning to the Christmas season. And, that’s the reason for our ‘and friends’ concert.”

The Sheila Jackson and Friends (virtual) Christmas concert will aired on Troy Cable and TrojanVision at various times during the month of December and on WAKA and WSFA television in Montgomery and WTVY in Dothan on Christmas Eve and Christmas Day.

“This year’s virtual Christmas concert will highlight friends that have been a part of the Christmas Concert over the years,” Jackson said. “We’ll have our musician and vocalist friends together again. The Troy University Dancers will be back. They add so much to the show and our audiences really enjoy their talent and their energy.

“We all enjoy performing together and, because we are all friends, we don’t mind the long hours of practice and we love doing the show. We hope our annual Christmas concert brings happiness and joy to all those who watch. And, our prayer is that they come away from the concert with a deeper sense of the real meaning of Christmas.”