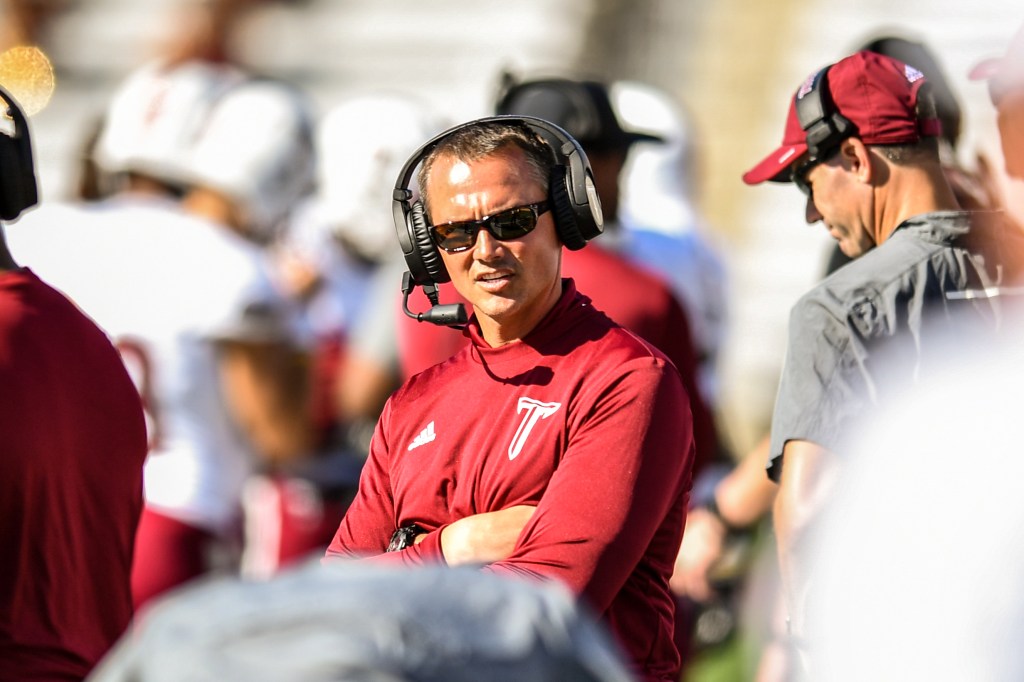 Lindsey was let go following Troy’s blowout loss to Appalachian State on Saturday. Lindsey leaves Troy with an overall record of 15-19 over the course of three seasons.

“We made the decision on Sunday to make a leadership change in our football program, it did not come lightly,” Jones said. “It came after significant review. Troy University football, we expect to compete for championships. That’s been the stated goal. We have been unwavering in that commitment.”

The decision to move on from Lindsey was based on wins and losses according to Jones.

Jones announced on Tuesday that the search for Lindsey’s replacement is already under way and it will be extensive.

While the search for Lindsey’s replacement is under way, defensive coordinator Brandon Hall has been named interim head coach and will coach the Trojans on Saturday against Georgia State in the regular season finale.

“I have had the opportunity to really follow and be a part of the process with coach Hall,” Jones said. “I’ve watched him as a special teams coach to the last three years as a defensive coordinator. I have the utmost respect for him. He’s a hard worker. Our defense is top-25 in the nation, probably top 10 in the Group of Five. What coach Hall has done in rallying his troops has been simply outstanding. I have the utmost confidence in him.

“It’s never an easy decision. This was a very tough decision, but I felt like it was a needed decision to get our program to national heights.”

After the decision was made for Hall to take over for the rest of the season, both him and Jones talked with the team on Sunday to discuss the transition.

“My message to them was at the end of the day Troy football is bigger than any one person,” Hall said. “It’s a culture, it’s football players, it’s fans, administration and there are so many moving parts in this program. Whether I’m the coach or whoever is the coach, Troy football is going to continue to be successful. The most important thing right now is representing Troy the best way possible.”

“I’m always performing significant reviews with whatever program, whether that be softball, whether that means baseball, men’s or women’s basketball, cross country or in this particular sport of football,” Jones said. “I just feel like when you know a change needs to be made that a change should happen then.”

The Trojans still have a lot riding on Saturday’s finale. They sit one win shy of bowl eligibility for the first time since 2018.

“We still have some incredible goals that we can accomplish, especially for our seniors,” Hall said. “Send them out the right way. They have been here obviously through some tough times. They have not been to a bowl games in the last couple of years, so for them it would be such a great honor, such a great award for those guys.”