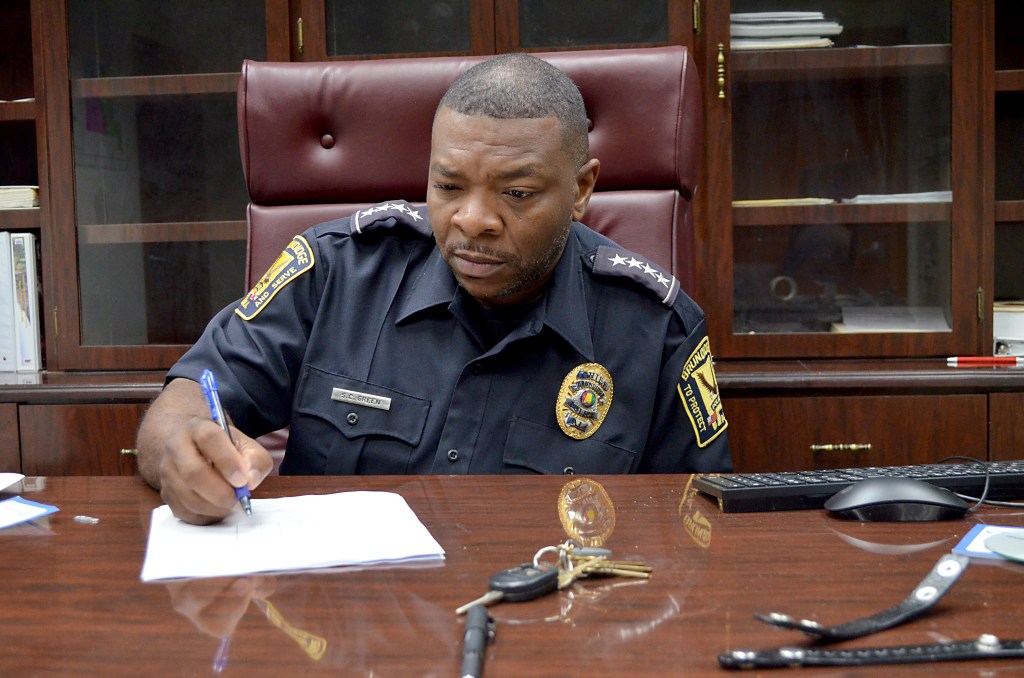 Lt. Sam Green, head investigator for the Brundidge Police Department, has been appointed the interim police chief of the department.  The mayor and council unanimously agreed that Green is the one to step into the shoes of Marques James, who resigned as the city’s chief of police effective November15.

Green has a total of 24 years in law enforcement. He has been with the BPD for five years and has served with the Montgomery Police Department 10 years and the Pike County Sheriff’s Department, six years. He also served at a parole officer for the state three years.

Green said he grew up with knowing that police work was his calling.

“And it is a calling,” Green said. “You have to have a desire for this kind of work, a heart for it and be totally committed to it. I have the desire, the heart and I am totally committed. I have always known what I wanted to do.”

“To be in law enforcement, you have to have a passion for people, you sometimes have to look past the crime to those who can’t speak for themselves,” Green said. “I’ve taken a lot of classes to learn how to do my job better and to be a better police officer within the department. We have to look out for each other as well as the people we serve. That means pushing ourselves to be better and sometimes pushing our fellow officers.”

Green said he loves Brundidge and it is important to have a good law enforcement team and a supportive community.

“We greatly appreciate the support and cooperation we receive for the community,” Green said. “Like all towns and cities, we are not perfect. We are not without crime but we have a supportive city government, dedicated officers and we have a strong community that is committed to keeping Brundidge safe and secure and that’s what the Brundidge Police Department is here to do.”

Green said the Brundidge PD needs more officers and he is dedicated to filling that need.

“We have good officers but we need more. I would like to start the search here at home because the retention of home-based officers would be greater. But, no matter, the officers that we hire will be properly trained and we will make sure we are on the same page as we protect and serve the people of Brundidge.”

Chie Hitchner textiles exhibited at Johnson Center for the…