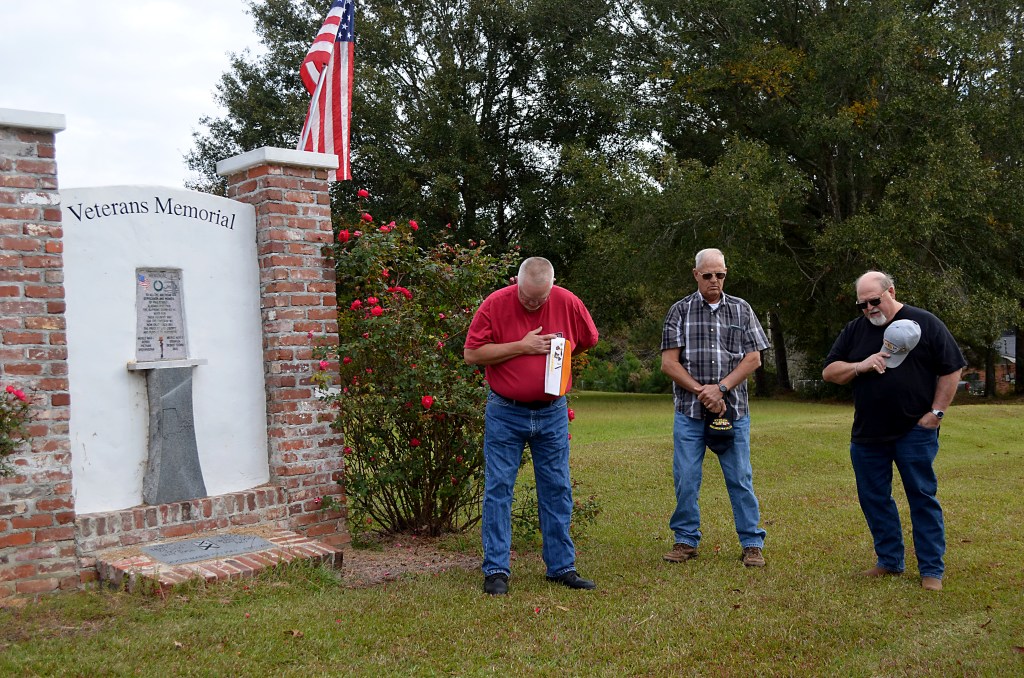 Veterans Day is a public holiday held on the anniversary of the end of World War I to honor United State veterans and victims of all wars.

For the members of VFW Post 7055 in Brundidge, Veterans Day is a day to honor America’s veterans and also remember those who are doing the toughest job in the world — securing freedom– and also pray for America, its people and nations around the world.

VFW Post 70 conducted a Veterans Day service at Veterans Park in Brundidge at 9 a.m. and then traveled to Elam Cemetery for a service honoring all veterans including the 60 veterans who are buried in the cemetery there.

“This is a small tribute for those who have given so much,” said Post member Gerald Murphy. “No greater love hath no man than that he lay down his life for his fellow man.”

“God can make America great again if we bow and ask His help,” Middlebrooks said.

Post member Freddie Turner said Americans continue to respect and honor those who serve their country.

“For six years, VFW Post 7055 has stood on the streets of Brundidge on a Saturday with our Boots for Veterans fundraiser,” he said. “People have been very generous in their support, so sweet and giving. We, as a people, appreciate the service and sacrifice of our veterans and for those who are in service now and those who will secure our future with their service.”

At the 11th hour of the 11th day of the 11th month, the hour when, in 1918, the armistice between the United States-led Allied nations and Germany went into effect ending World War I, VFW Post 7055 hosted the second Veterans Day program at Elam Cemetery.

Lawrence Bowden, a veteran of the Korean war and a retired Alabama National Guard colonel, said it was significant that American Legion Post 7055 conducted the Veterans Day services.

“Although the attendance was low due, in part to the pandemic, it was good to gather and remember and honor our veterans,” Bowden said. “It was also significant that we were able to come together and pray for our veterans, our country and our world. These are troubling times and, through prayer, we are blessed.”