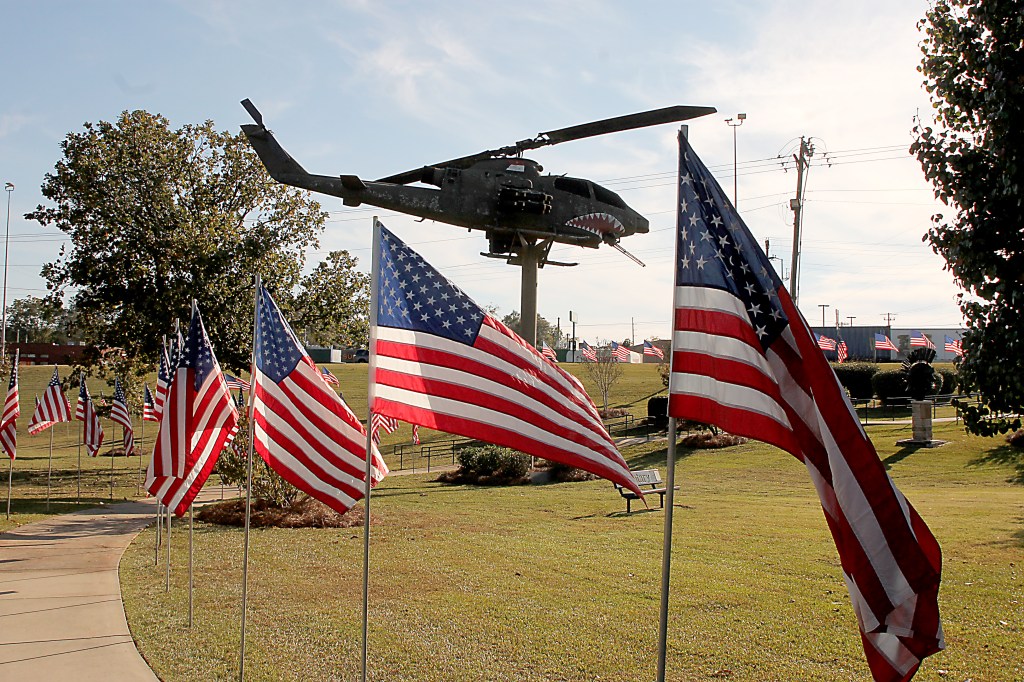 Huck Treadwell | The Messenger The display of American flags in Troy and Pike county has been a tradition for 30 years.

Auxiliary President Elaine McLeod said the American flag display has been a Troy and Pike County tradition for more than 30 years.

The American flags fly on all patriotic holidays in memory of Pike County veterans of all wars beginning with World War I.

“It is right that we should honor those whose service to country has preserved the freedoms that all Americans enjoy today,” McLeod said. “All veterans represented by these flags, signed a blank check when they enlisted in the United State Military saying they were willing to give their lives for this flag. That is a commitment they were more than willing to make.”

The name of each veteran represented by an American flag, 439 of them, is also listed on the Wall of Honor at Bicentennial Park.

The names of Charles Winston Meeks and William E. Finn will be placed on the Wall of Honor today as part of the 2021 Veterans Day Program at Bicentennial Park.

“Flying the American flags on all patriotic holidays is a way to remind others of the sacrifices that have been made for our country, to honor our veterans and to instill greater pride in our country,” McLeod said.

Those who would like an American flag to fly in memory of a Pike County veteran and to have his/her name listed on the Wall of Honor, may call McLeod at -1-334-465-0067 for more information.