Mike Swindall was a husband, father and decorated Vietnam veteran 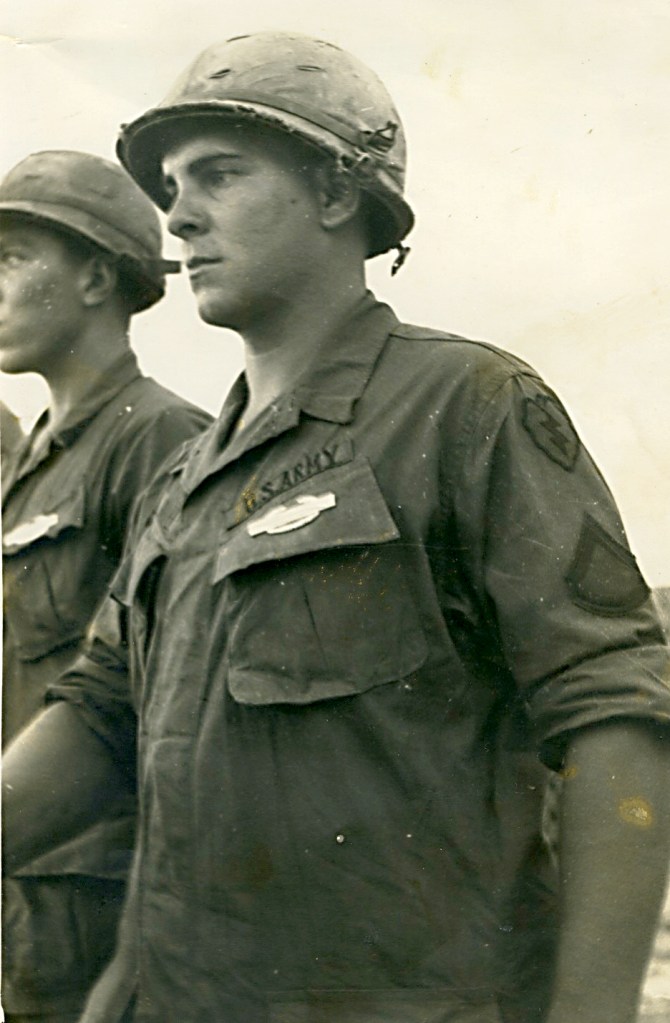 Contributed Photo The late Mike Swindall was a highly-decorated soldier in the war in Vietnam. He was awarded Purple Hearts for injuries received in combat in the jungles of that distant land. His wife, Joyce Swindall, said waiting and praying that her husband would come home was, at times, almost more than she could endure. His letters were answers to her prayers. Swindall encourages everyone to pause for a moment on Veterans Days to remember America’s veterans, those living and those deceased.

Swindall left behind a trove chest of service medals “that will get you a cup of coffee, if you’re lucky,” he once said.

For Swindall, the medals he was awarded were memories of places he would rather forget and fellow soldiers that he couldn’t, said his son Todd Swindall.

‘Dad was a private kind of person in some ways, especially about Vietnam,” Swindall said. “He didn’t talk much about the war or what happened to him. Maybe he would have, if he could. It was just hard for him.”

Swindall said his dad was, as the old saying goes, was not dry behind the ears yet, when he was drafted into the Army.

Mike Swindall as a senior at Pike County High School when he got the call from Uncle Sam.

“Dad’s high school senior trip was to Vietnam,” Swindall said. “He was in the U.S. Army’s 25th Infantry Division with tank attachments. Tropical Lightning was what his unit was called.”

Tropical Lighting represented the speed at which the division accomplished its missions.

For Mike Swindall, the missions were not accomplished without personal injuries and nightmares that would last his lifetime.”

Swindall was shot in his right leg and in the center of his back. He was shot eight times in all. He was blown up by a landmine and suffered a concussion that caused bleeding from both ears.

“Dad didn’t talk about his injuries, “Swindall said. “And, when he did talk, it was in his own time and on his own terms. I do know that one injury caused him to be paralyzed for a while but he always went back to his unit. My dad was the toughest man I have ever known and in many ways.  He was my hero.”

During quiet times, when Mike Swindall wanted to talk or would talk, his son listened intently.

“What Dad told me would send chills up my spine,” Swindall said. “What he saw in Vietnam haunted him even when he was over there. So, he often confided his feelings in other soldiers and the Army chaplain to make it through.”

In Vietnam, war was personal. The soldiers weren’t shooting at enemies 200 yards away. They were often engaged in hand-to-hand combat and Mike Swindall was no stranger to that kind of warfare.

Swindall said his dad was hesitant to talk about close contact warfare.

Mike Swindall fought for his country in a distant land, came home a decorated soldier but with injuries that would hinder him for the rest of days and images that would haunt his nights.

“My dad was as tough as he had to be in Vietnam but, here at home, he was a kind soul with a big heart for others and for his community,” Swindall said. “He was my hero because of his service to our country and also because of the man he was every day of his life.”