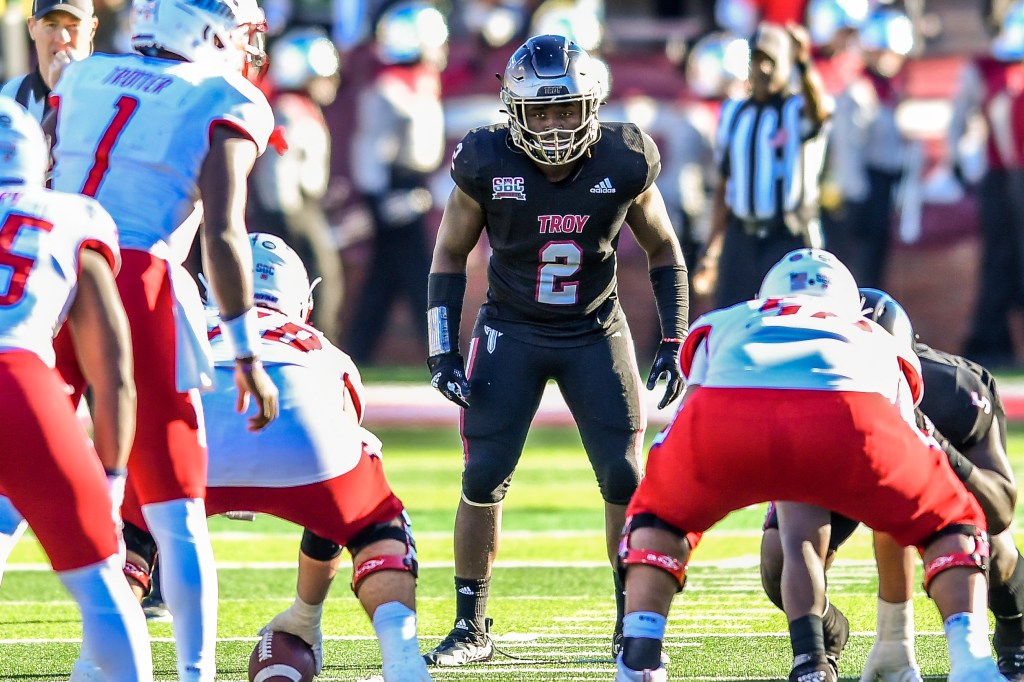 The nation’s leading tackler since the start of the 2019 season, Carlton Martial is one of eight semifinalists for the Burlsworth Trophy, which is presented annually by the Burlsworth Trust to the nation’s top player who began their career as a walk-on.

Martial currently ranks fifth nationally, averaging 10.2 tackles per game, while his 92 overall stops are tied for sixth in the country. In addition, the Mobile, Ala., native is the only player in the country to have at least 90 tackles and nine tackles for loss this season.

The selection committee will announce the top three Burlsworth Trophy finalists on Nov. 16. Finalists will be honored, and the winner of the 2021 Burlsworth Trophy will be announced on Dec. 6 at 7 p.m. at the Crystal Bridges Museum in Bentonville, Arkansas.

The trophy is named in honor of Brandon Burlsworth. Without one D1 scholarship offer, Brandon walked on to the Razorback team in 1994, worked his way to being a three-year starter, and was eventually named an All-American in 1998. Burlsworth was the 63rd overall pick by the Indianapolis Colts in the 1999 NFL draft but was tragically killed in a car accident 11 days later. The Burlsworth Foundation was created in his memory and supports children’s physical and spiritual needs, particularly those who have limited opportunities.

Checking in at 5-foot-9 and with no DI offers out of high school, Martial’s 333 tackles since the start of the 2019 season are 51 more than any player in the country, while his 37.5 tackles for loss are the third most. Dating back to 2018, Martial’s 409 tackles are 54 more than any other player, and his 46.5 tackles for loss are the second most nationally.

Martial is the nation’s active leader averaging 9.25 tackles per game in his career, in addition to ranking 12th among active players with seven career fumbles. He is hitting his stride at the end of the season with three straight double-digit tackle games in which he is averaging 15.3 stops per contest.