Man arrested for breaking into jail 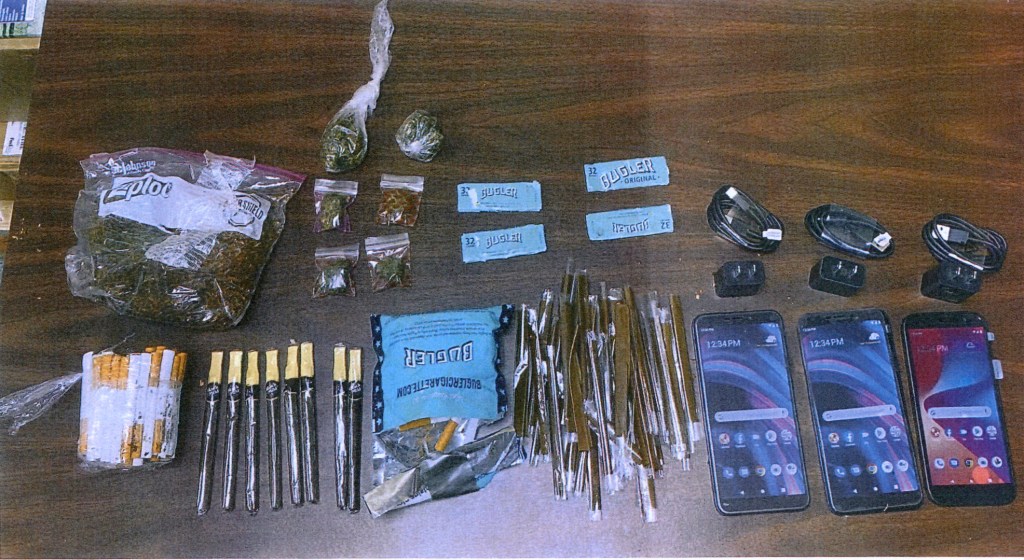 Tobacco, marijuana, cigars, cigarettes and rolling papers along with three cellphones and chargers were confiscated from Jadakis Tyreese Terrell McKinney after he allegedly tried to sneak the contraband into the Pike County Jail.

An Enterprise man allegedly attempted to sneak contraband into the Pike County Jail early Monday morning and ended up as an inmate. 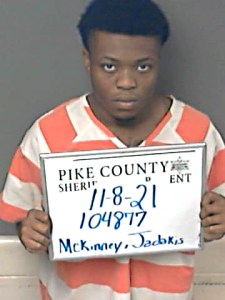 Thomas said McKinney allegedly attempted to drop off three cellphones and chargers, several dozen cigarettes and cigars, one large bag of tobacco and six smaller bags of marijuana as well as rolling papers.

“We’re going to ask for the maximum sentence,” Thomas said. “This is a very serious offense. The next time he could have attempted to stash a weapon. He may serve 10- or 15- or 20-years. I’m going to make sure he serves every day. I take a hard line on this because it puts the safety of our staff at risk.”

Thomas said the jail staff notified deputies Russ Thomas and T.J. Price, who were in the area. Thomas said Jailers observed the man run along the inside of the fence carrying cellphone and bag in his hands. Thomas said the man was using a flashing light on the phone to aid in visibility. The man then cut though the second, inner fence and walked out of frame.

Thomas said deputies Thomas and Price arrived within one minute and found McKinney hiding in a carport area of the jail complex. He said the deputies took McKinney into custody.

“I want to thank the jail staff for being extremely alert at 2 a.m.,” Thomas said. “They made apprehending the suspect possible. I also want to thank the Troy Police Department for responding. Troy police have always been good to back us up when we need it.”

See the Wednesday edition of The Messenger for more on this story.