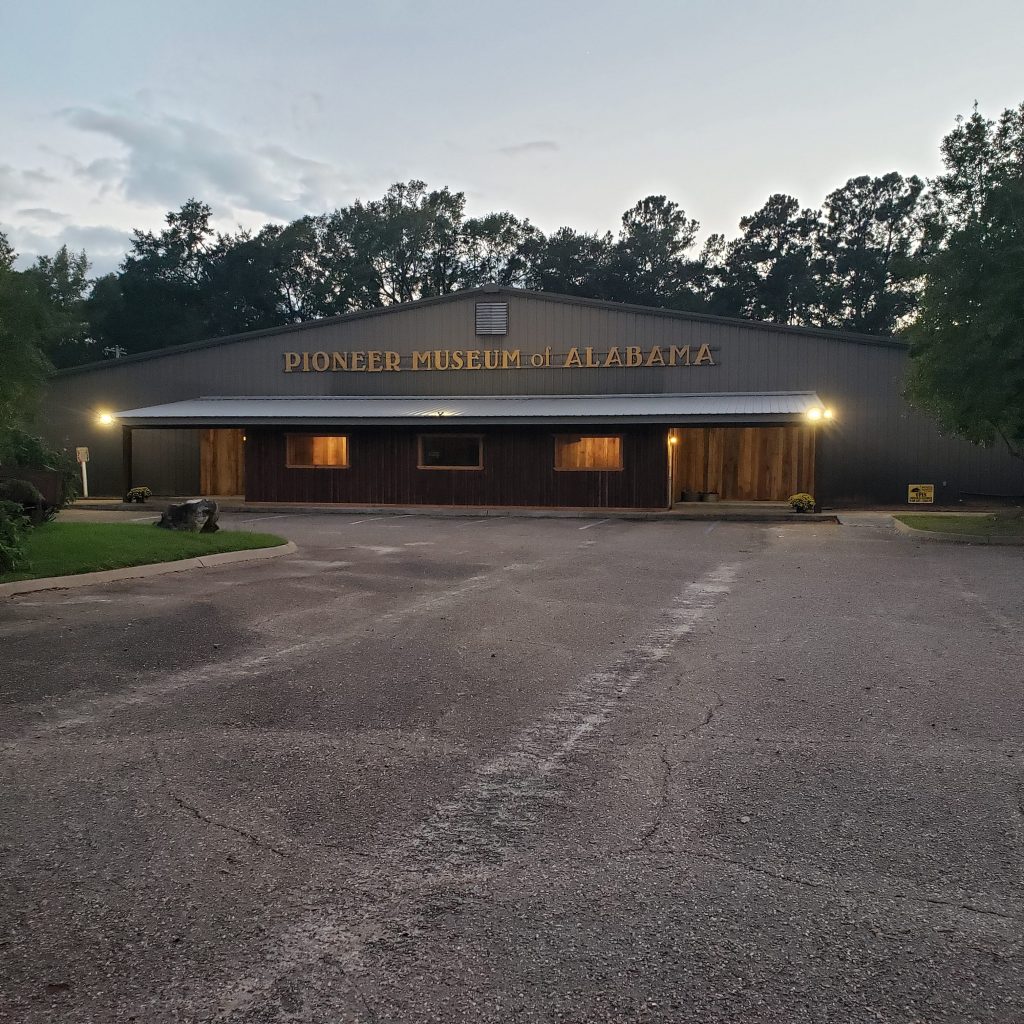 The Pioneer Museum of Alabama will celebrate its 50th Anniversary from 2 until 4 p.m. Sunday and everyone is invited to be a part of this monumental occasion.

Barbara Tatom, museum director, said the museum of pioneer history was the realization of the dream of its founder Curren Farmer.

“It was Mr. Farmer’s dream that there would be a museum in Pike County dedicated to our pioneers so that ‘Others may learn from the past,’” Tatom said. “We invite and encourage those who have contributed to the Pioneer Museum through the donations of artifacts and dollars, memberships, attendance, as volunteers and, in so many other ways, to join us Sunday for this very special occasion.”

When the museum of pioneer history opened on Saturday, November 6, 1971, it was with great fanfare. Bands played, cook pots were fired and plow lines were symbolically cut to signify the blending of the horse and buggy days with modern machinery.

“At the 50th anniversary celebration on Sunday, everyone will be invited to tour the museum and to see and know how far the museum has come in 50 years. Mr. Famer would be pleased,” Tatom said.

Farmers’ daughter, Julia Scruggs of Montgomery, agreed that her dad would be more than pleased.

“So much work has been done to bring the Pioneer Museum of Alabama to where it is today,” Scruggs said. “And, so much work was done ahead of time to bring it to opening day 50 years ago.”

Scruggs said, in the earliest days of the creation of a pioneer museum,

legal documents had to be created for the museum to be a non-profit organization; a board of directors had to be designated, a place of operation had to be established and artifacts had to be located and contributed. Together, it was a long, two-year process.

When the Pike Pioneer Museum was dedicated in November 1971, people from all around the county and the area came to celebrate the realization of a dream, not just Curren Farmer’s dream but the dream of all those who had contributed.

“Sadly, so many agricultural artifacts had been lost to time and decay,” Scruggs said. “But there was great interest in a museum of ‘pioneer’ history. People were generous in bringing artifacts to be included in the museum. On that first day, many people came to see family items on display and took great pride in being a part of something as important and significant as a museum of pioneer history. So many had worked together to make that day a reality. It was truly a community effort.”

Scruggs said her dad, her “Pop,” had a deep-seeded love of farming, of agriculture, that was instilled in him by his grandfather in Virginia, who was a shoo-in for prizes at the Virginia State Fair.

“Pop, along with so many, bought into that farming mystique and never let it go,” Scruggs said.

As did so many who shared his dream of a place where people could come to learn from the past.

The Pike Pioneer Museum of 50 years ago has grown to be the Pioneer Museum of Alabama and, that, said Jeff Kervin, museum board chair, is a tribute to all who believed in a dream and worked diligently to make the dream a reality.

The celebration of the Pioneer Museum of Alabama’s 50th Anniversary will honor five decades of commitment to the preservation of the Alabama pioneer way of life and so that others may learn from the past.