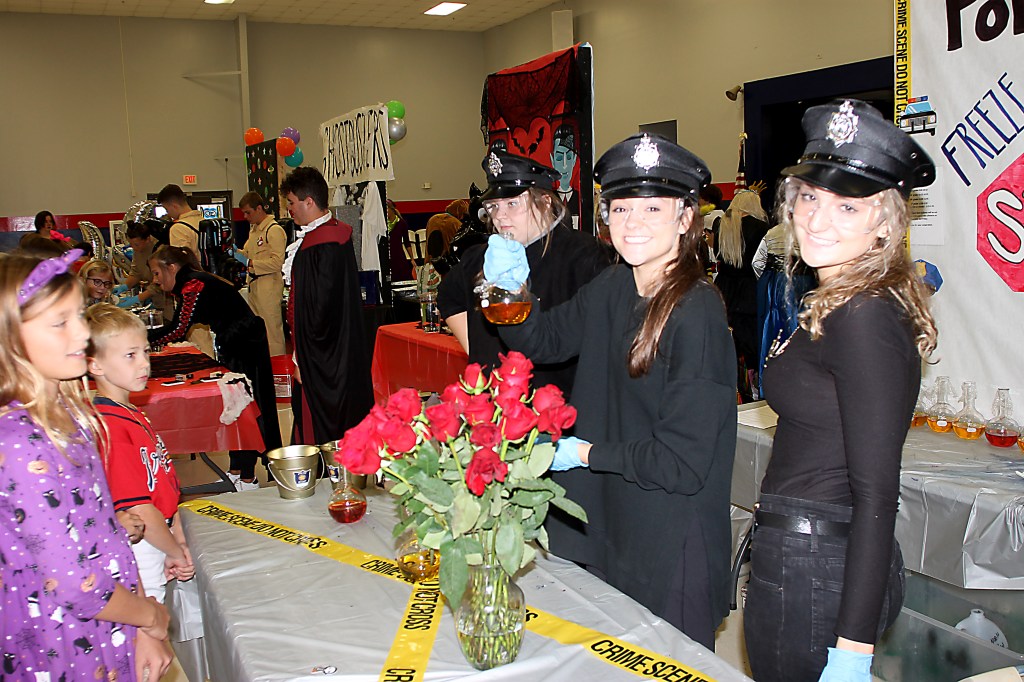 Fifth graders at Pike Liberal Arts School learned first-hand that science isn’t all that spooky — and, in fact, science is really pretty cool.

The students had an opportunity to participate in Pike Liberal’s sixth annual Halloween Monster Lab and had some interesting reactions to a wide range of chemistry experiments.

The Halloween Monster Lab was created by the Patriot’s 11th grade chemistry class to get younger students interested in science.

“We wanted to share the fun of science with younger kids,” science teacher Alissa Jordan said. “A lot of them have never seen a lab. They also look up to the older kids and this was an opportunity for the older kids to set a good example. If we can get young kids excited about science, they’ll show more interest in it. Advance science classes take a lot of work, but we want to show these kids there is more to it than a lot of paperwork.”

During the lab, about 240 students were able to get some hands-on experience with chemistry.

Jordan said the advanced chemistry class put a lot of work into the lab. Jordan said she assigned labs to each group of students and then the students had to come up with a theme, demonstration and script for their lab. She said there was also some paperwork involved for the older students — they had to write  a research paper as well.