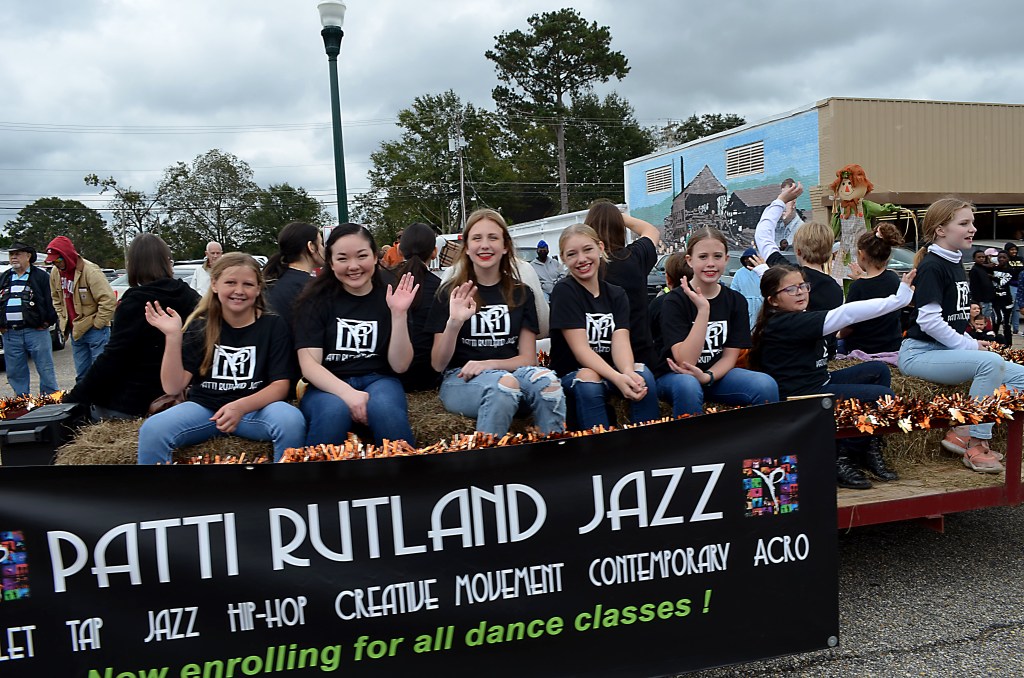 Jaine Treadwell | The Messenger Patti Rutland Jazz group was the winner of the Judges Award for the Nutter Butter Parade.

The Peanut Butter Festival in Brundidge on Saturday featured the Nutter Butter Parade, an anything goes lineup from the silly to the serious. Brain McDaniels parade organizer, said the parade featured so many interesting entries that it was difficult for the judges to pick the standouts. However, when the judges tallied their votes, the Patti Rutland Jazz group in Brundidge was voted the recipient of the Judges Award. Miss Goober Cocktail featuring Mernette Bray was judged the Most Creative entry. For goobers who want to know, a goober cocktail is a handful of salted peanuts dumped into a short glass bottle of Coca-Cola. The Peanut Butter Festival Spirt Award went to The Muddy Waters Moonshine Queen, Natalie Sutter, and Little Half Pint, Chuck Sutter. Spirited? You bet!