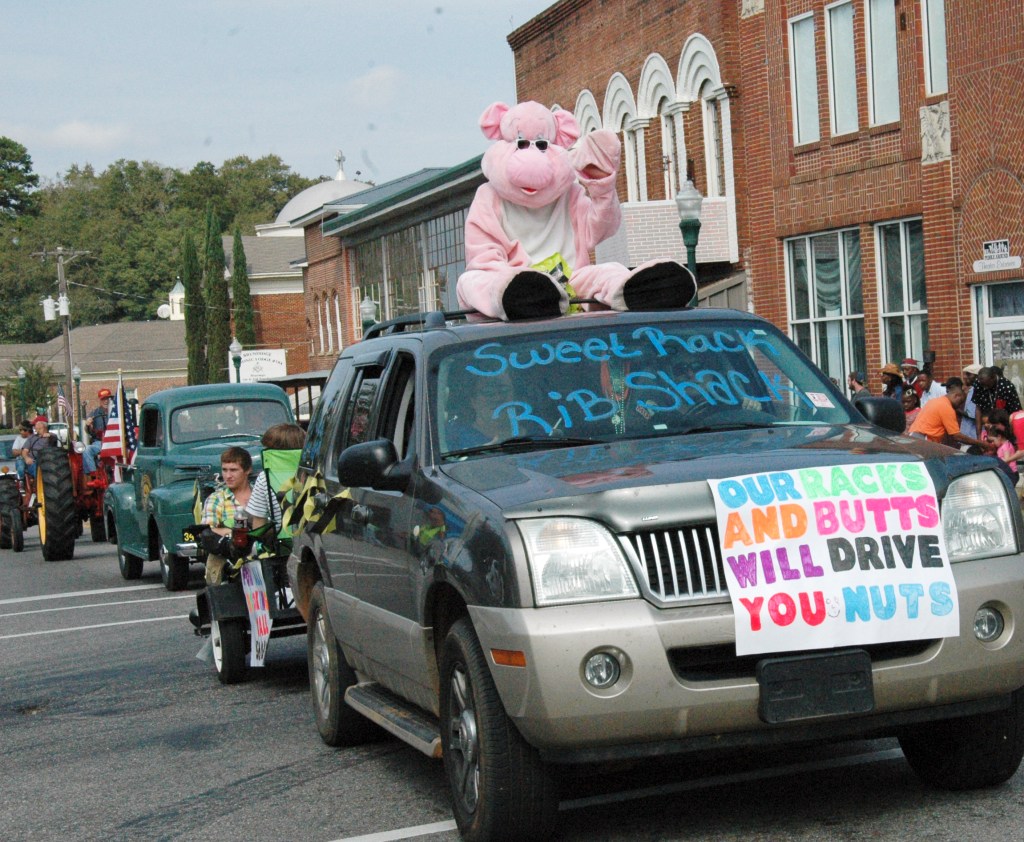 Jaine Treadwell | The Messenger The Peanut Butter Festival in downtown Brundidge will be held on Saturday. The Nutter Butter Parade will kick off at 1 p.m. on Main Street.

The Nutter Butter Parade is always a highlight of the Peanut Butter Festival Harvest and Heritage Celebration in Brundidge the last Saturday in October.

“And, so it will be again this year,” said Brian McDaniels, parade director for the sponsoring Brundidge Historical Society. “We have a great parade lineup that features floats including a ‘small world’ of children and honoring Pike County’s Bicentennial. Also, on parade will be the peanut butter and jelly dancers, mules and wagons, classic cars, dignitaries and regular folks, queens from the hinterlands of Pike County and perhaps a goblin or two.”

McDaniels said prizes will be awarded to the top parade entries as determined by a panel of distinguished judges.

“We are looking forward to a fun parade that will kick off at 1 p.m. and follow a Main Street route from North Main Street to the Baptist church,” McDaniels said. “Some of those on parade will pass out candy to the young parade watchers. We ask that everyone be mindful of parade safety and distancing.”

The 29th annual Peanut Butter Festival will get underway with the 5K Peanut Butter Run on the south side of town at 8 a.m. followed by a day for fun, food, games, contests, arts, crafts and nonstop live entertainment on the grounds of the historic Bass House in downtown Brundidge. The festival will feature sweet sippin’s from a mule-drawn cane mill, wagon rides, and displays including cotton gin and antique farm equipment.   And, for those a little older, there will be hog callin’, chicken cluckin’ and duck waddlin’ contests and others TBA.

The Peanut Butter Festival is sponsored each year by the Brundidge Historical Society in recognition of the role the city of Brundidge played in the founding days of the commercial peanut butter mills in the Southeast, dating back to 1928.

Admission to the harvest and heritage celebration is free and everyone is invited.