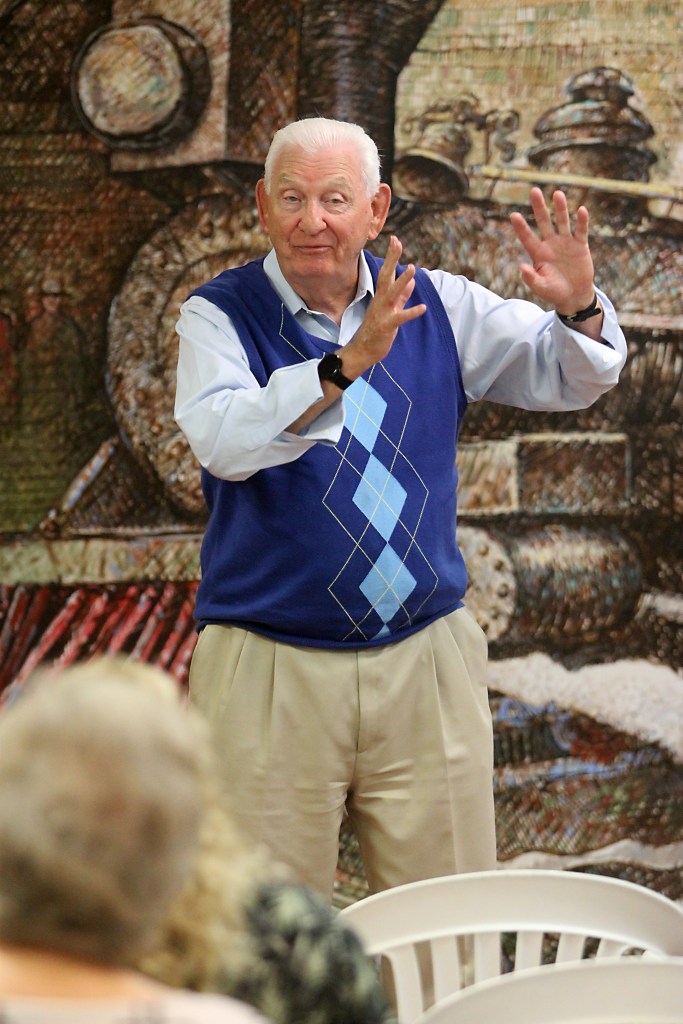 Huck Treadwell | The Messenger Lou Vickery spoke to the Pike County Historical, Genealogical and Preservation Society about the history of the Creek Indians.

Lou Vickery, the author of “Alabama Creek Indians,” spoke to the Pike County Historical, Genealogical and Preservation Society at the Pioneer Museum of Alabama on Sunday afternoon.

Vickery, a native of Atmore, discussed the history of the Creek dating back several hundred years and how they migrated into the south and settled in the area around Atmore.

Vickery said the Creek were the first of five tribes in the Southeast to be recognized as “civilized” by the U.S. government.

Vickery also discussed the recognition of the Poarch Bank of Creek by the federal government in 1984.