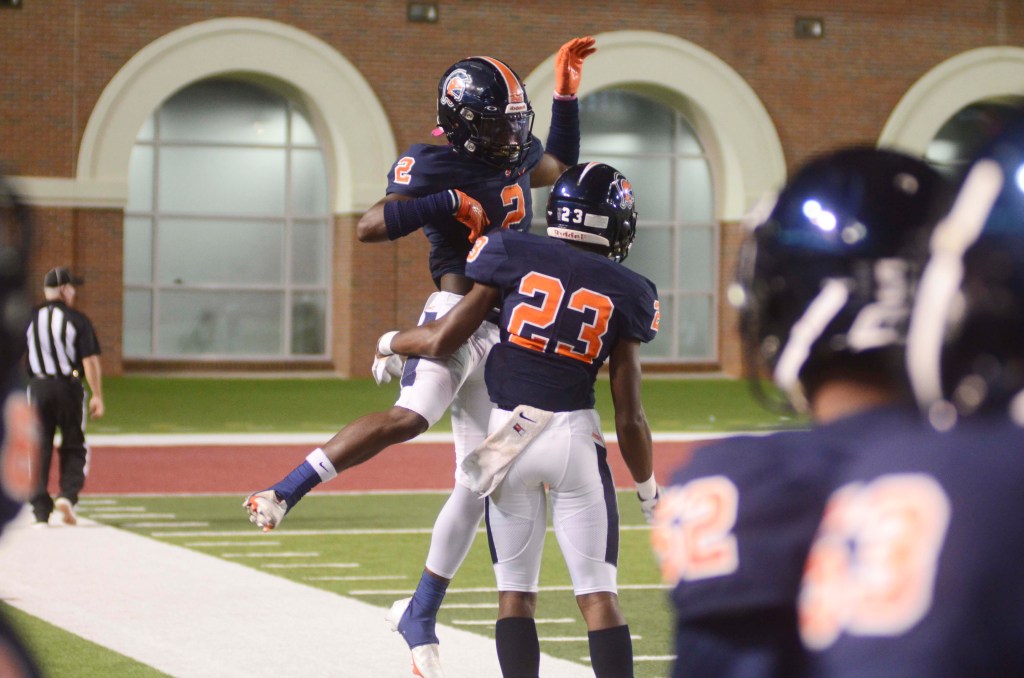 Adams threw three touchdown passes for 216 yards while completing 8 of 10, and Boyd scored four touchdowns on the night, hauling in two TD passes, returning a punt 73 yards for a touchdown and an interception 100 yards for another score. Boyd had 181 receiving yards and 173 return yards, and had another touchdown of 80 yards on a kickoff return called back due to a flag.

It was Homecoming for CHHS, and as the Trojans improved to 2-7, first-year Head Coach Quinn Hambrite was not only pleased with the overall effort of his team, but the progress they have made this season.

“My motto for the last two weeks has been, let’s send the seniors out with a bang these last two games,” said Coach Hambrite. “These seniors have worked hard and endured a lot over the last two or three years. Also, we wanted to start a winning streak with these younger guys. You can start a winning streak this game, the next game, spring game, jamboree game and the first game of next season.
“When you start a winning streak you can build a winning culture. When you learn how to win, you start to learn how to succeed. It becomes habitual. The same way you learn how to lose, when you get so accustomed to it that it becomes normal. My mentality is to make winning here normal. Just look at Nick Saban, he expects to win every game. That is the kind of mentality we have to have.”

CHHS took the opening kick and scored five plays later when Adams hit Boyd for a 71-yard reception, Nik Peerson kicked his first of six extra points, and it was 7-0.

On the next series Zach Coleman ran it in from 7 yards away for a 14-0 advantage. Coleman ended the night with 56 yards and one touchdown on eight carries.

Boyd scored his second touchdown on a 34-yard spiral from Adams to go up 21-0, and put CHHS up 28-0 when he returned a Headland punt 73 yards for another score with 5:26 to go in the first half.

Boyd returned the ensuing kickoff 80 yards for a TD, but it was called back for a penalty.

Headland took the kickoff to open the second half and moved to the CHHS 12, but Boyd intercepted a pass with his heels on the goal line and raced 100 yards for the touchdown and a 35-7 CHHS lead.

Adams later found Cody Youngblood for a 5-yard touchdown pass play and it was 42-7 with 4:13 in the third.

Coach Hambrite also pointed out that CHHS played a lot of young athletes against Headland.

“The biggest thing is we got two 8th graders to play linebacker tonight, and we got 9th graders and 10th graders to play as well,” said Coach Hambrite. “The big thing about tonight, all seniors played, and the future of our program played as well. Those quality minutes of playing time are going to help us to succeed in the future to come.”

CHHS is at Brantley next Friday night to conclude the 2021 season.