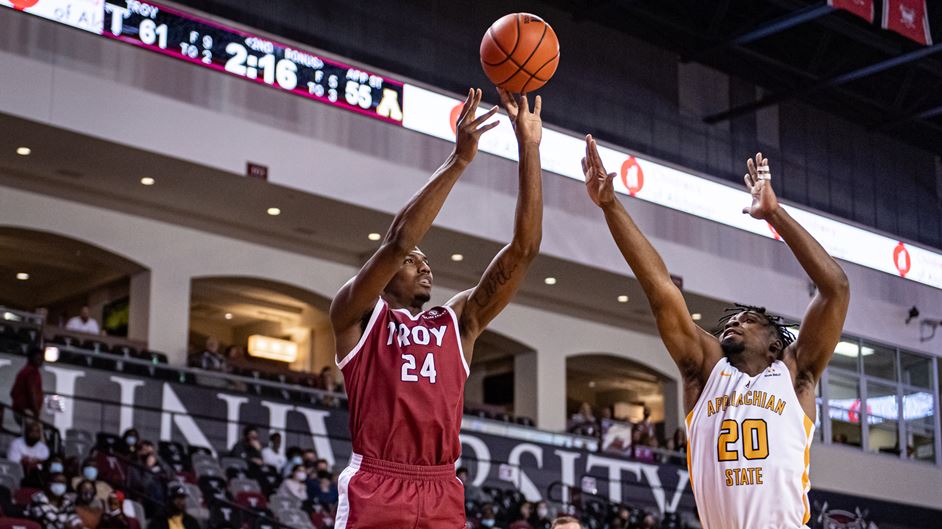 “Nick Stampley is very deserving of this recognition and probably deserves even more, seeing how he is the third leading scorer returning in the league games,” said head coach Scott Cross. “Stampley does everything for us. His value is far more than just scoring the basketball. He is a relentless warrior that can score, rebound, defend and will do whatever it takes to help our team win a basketball game. He is the ultimate OKG.”

Stampley scored in double figures 16 times, including five double-doubles during the 2020-21 campaign. The forward boasted a career-high 24 points against Coastal Carolina while setting a new career-best with 17 rebounds against Carver.

The dual threat also tallied 34 three-pointers, the second-most on the squad behind guard Desmond Williams.

With the selection, the senior garners his first nod from the conference.

The Trojans were picked to finish tied for ninth with UT Arlington in the Sun Belt Preseason Coaches Poll.