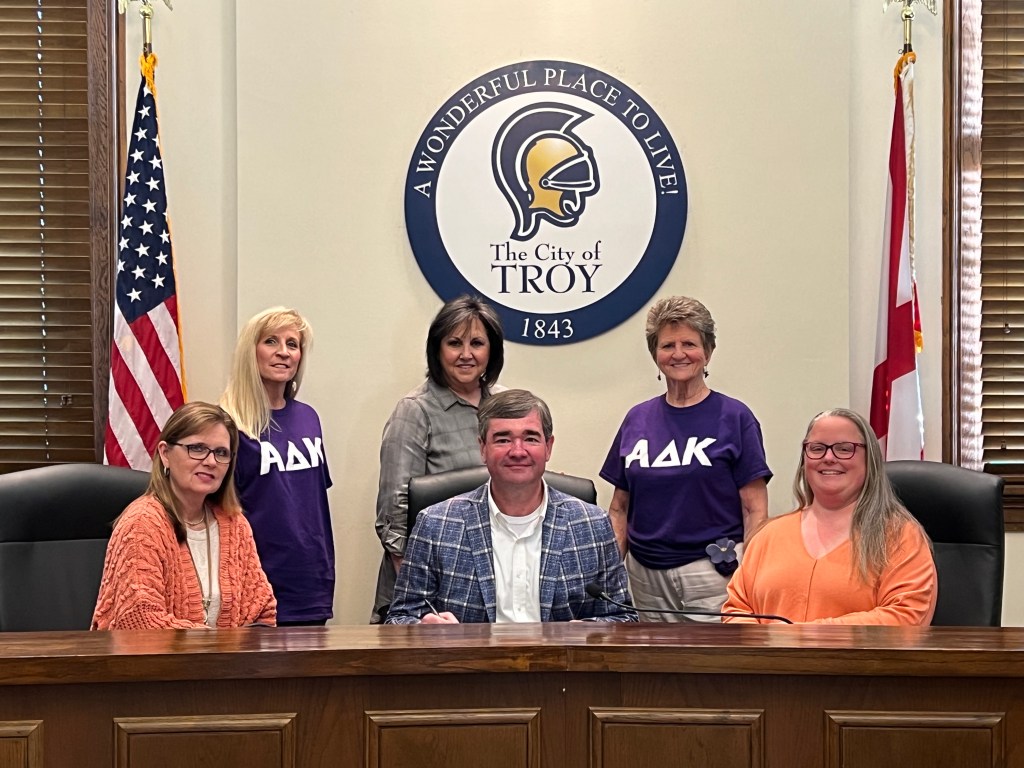 Troy Mayor Jason A. Reeves has proclaimed the month of October as Alpha Delta Kappa month in Troy.

Reeves said during the month of October, the city will salute the contributions of women educators to the health and well-being of all citizens.

Alpha Delta Kappa is an International Honor Society for Women Educators that was founded in 1947. Headquartered in Kansas City, Missouri, Alpha Delta Kappa has more than 1,200 chapters located in towns and cities in every state in the U.S. and around the world in Australia, Canada, Jamaica, Mexico and Puerto Rico.

In proclaiming the month of October Alpha Delta Kappa month, Reeves said more than 29,000 women educators around the world have discovered the many opportunities provided by membership in Alpha Delta Kappa –opportunities for recognition of their commitment to educational excellence, for personal and professional growth, and for collectively channeling their energies toward the good of their schools, communities, the teaching profession and the world.

The key goals of Alpha Delta Kappa are to encourage the personal and professional growth of educators; to build a fraternal fellowship among educators adding to their effectiveness in promoting excellence in education; and to promote educational, cultural and charitable projects that enrich the lives of individuals.

Reeves said Alpha Delta Kappa is designed to implement altruistic and scholarship programs and to promote world peace, harmony, and understanding through education.

It is with that knowledge and understanding, that Reeves proclaimed October 2021 as Alpha Delta Kappa Month in the City of Troy.

“We salute the contributions of women educators to the health and well-being of all citizens,” Reeves said.