Trojans gear up for midweek clash with South Alabama 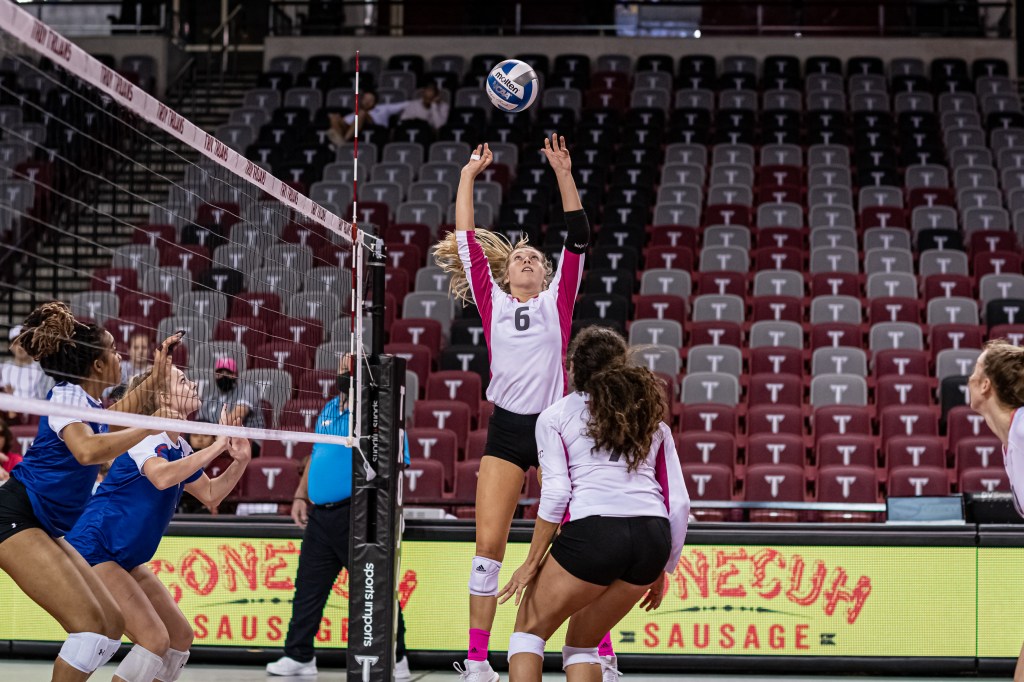 It’s a battle of in-state rivals Tuesday night as Troy welcomes South Alabama to Trojan Arena at 6 pm for the first of two matchups this year.

Over the weekend, Trojans defeated Georgia Southern in a five-set thriller that saw Amara Anderson record 59 assists, the most of any player in the Sun Belt Conference this year. Cheyenne Hayes also tied Vickie Paciski for second all-time with 1579 kills in her career, and Julia Brooks set a career-high in kills with 24 kills in the match to lead all players.

“It’s always fun to play South,” head coach Josh Lauer said. “This is an important match for both teams as we head into the last few weeks of the regular season. We are expecting it to be a gritty competitive match and are looking forward to energy and support in Trojan Arena.”

South Alabama holds a 48-31 all-time lead over Troy in a series from October 19, 1974. The Trojans carry a two-game series win streak into Tuesday’s contest after defeating the Jaguars in a pair of matches in Troy, Ala., last season. USA and Troy also split a pair of games at Jag Gym earlier in the 2020 season. South Alabama is 19- 15 all-time at Troy, with its last win in Troy coming on November 8, 2019, in four sets. The Jaguars have lost one conference game all year and hold Sun Belt opponents to the second-lowest hitting percentage (.153) and second-lowest kills per set (11.49). The Panthers’ Kennedy Wallace leads the conference in hitting percentage connecting on .376 of all attempts.