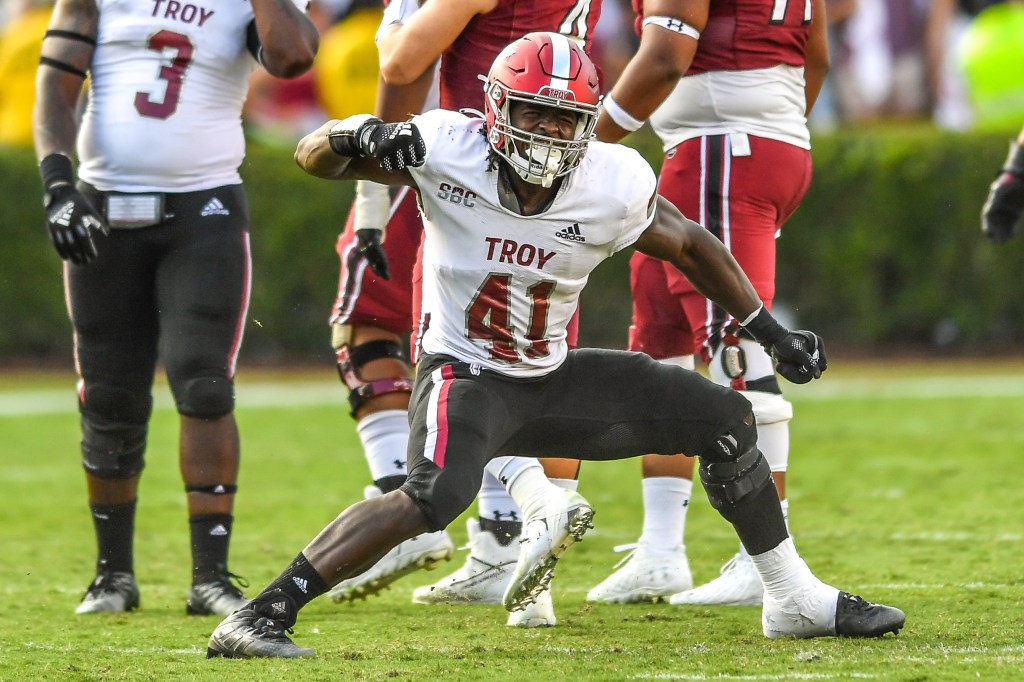 Solomon is off to a torrid start in 2021 as he is the only player at the FBS level with at least 10 tackles for loss and six sacks through the first five weeks of the season. The Tallahassee, Fla., native became the first player in Sun Belt history and just the fifth nationally since 2017 to record at least nine tackles, five tackles for loss and 3.5 sacks in a game when he did so at Southern Miss.

He enters the weekend first in the country with 6.5 sacks and second in tackles for loss with 10.5, behind Alabama’s Will Anderson Jr. by only half a tackle for loss. Solomon is tied for 19th among edge defenders with 19 total pressures on the year and ranks fourth in the category among players with fewer than 200 snaps.

Solomon has got to the quarterback in three straight games and is just the fifth player in Sun Belt history to reach double-digits tackle for loss and the fourth to have six or more sacks by the fifth game of the season – he just the second (Antwan Barnes, FIU – 2006) to reach both milestones this early in a season.

Troy returns home Saturday for the first time since Sept. 11 to play host to Georgia Southern in the Trojans’ Sun Belt home opener.