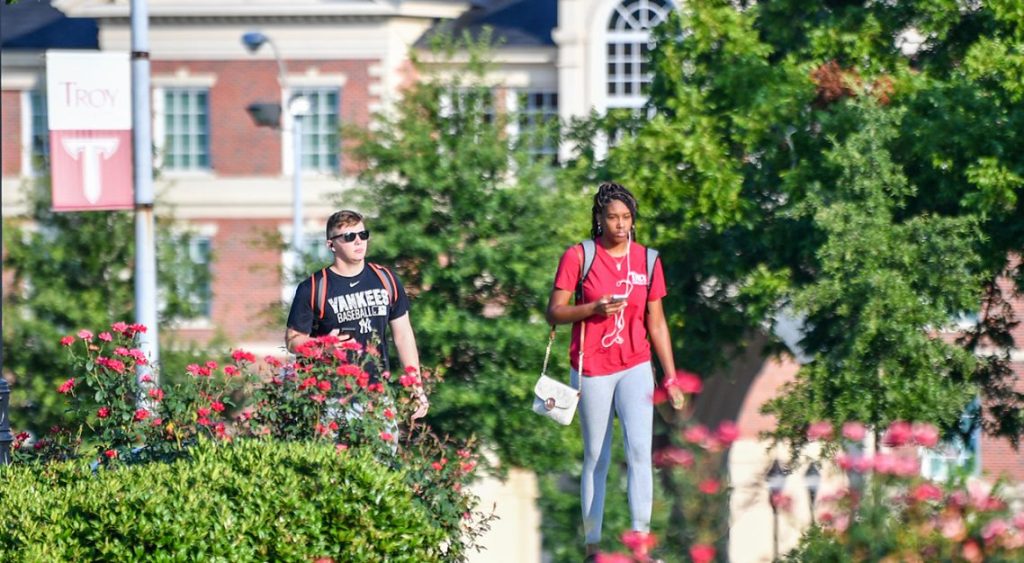 Troy University Troy was ranked 18th in the Top Public Regional Universities in the South and in the top 20 Best for Vets rankings by U.S. News & World Report.

Troy University has been recognized as among the best regional universities in the South and in the top 20 best colleges for veterans, according to U.S. News and World Report’s 2022 Best Colleges rankings.

The rankings, which were released on Monday, take into account a number of factors of academic quality, including graduation and retention rates, social mobility, graduation rate performance, undergraduate academic reputation, faculty resources and graduate indebtedness, among others.

The latest rankings, now in their 37th year, assessed 1,466 bachelor’s degree-granting U.S. universities in an effort to assist parents and students in the college selection process.

“At Troy University, we are committed to serving our students and preparing them to be both globally aware and globally competitive,” said Dr. Jack Hawkins, Jr., Chancellor. “Our faculty and staff are dedicated to maintaining a culture of caring at Troy, and we believe this recognition by U.S. News & World Report reflects that student-first commitment.”

The University’s commitment to serving military-affiliated students earned it a tie for 18th in U.S. News’ Best Colleges for Veterans rankings, which recognizes colleges and universities that make pursuing a college education more affordable for veterans and active-duty service members. Nearly 30 percent of Troy’s student body is made up of military-affiliated students.

The U.S. News & World Report recognition is the most recent ranking to include Troy. In August, the University was ranked among The Princeton Review’s “Best of the Southeast” for the 17th consecutive year.