Remember when …Henderson Lodge was the place to be 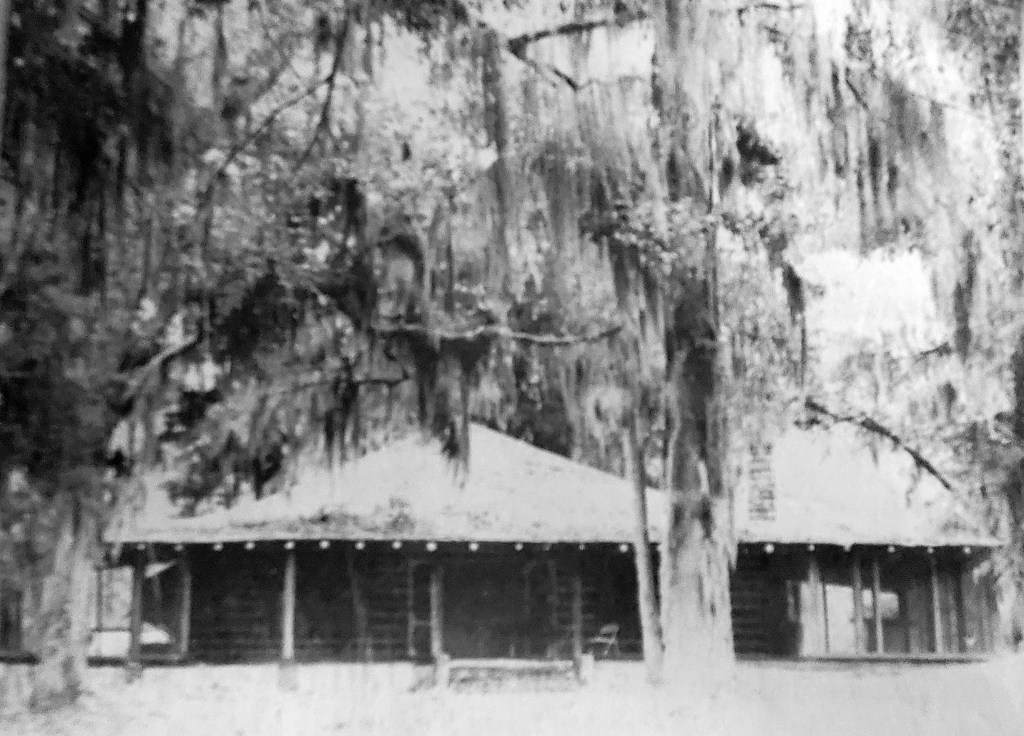 File Photo The Henderson Lodge was the site of cookouts, picnics and Sunday afternoon swims for many Pike Countians and also offered horseback riding, fishing and hunting. Fox Henderson, Jr., brought many different animals to the moss covered forest, including Michigan deer. During the Oklahoma dust storm in the 1930s, several hundred cows were brought to Troy by train, and farm hands “drove” the cows from the train station to graze on the Henderson pastures.

Editor’s Note: In recognition of Pike County Bicentennial year, The Messenger shares remembrances of Pike County people who experienced life as it was “way back when.” In November 1990, Sarah Margaret Renfroe shared her remembrances of the Henderson Lodge with Jaine Treadwell. Fox Henderson, Jr. was a prominent Pike Countian and the brother of Renfroe’s mother. The Henderson Lodge is now located on private property.

In earlier times in Pike County, parents would admonish their free-spending children by telling them, “You’d break Fox Henderson.

Fox Henderson, Jr. was a very prominent man. He had lots of money, lots of land and lots of friends. Anyone who knew him liked him.  Although Henderson was a bachelor and was described as a little shy by those who knew him, he liked to have people around. So, that, coupled with his love of the outdoors is probably what prompted him to build the most magnificent hunting lodge of its time in Northern Pike County.

Henderson owned almost 3,000 acres of land in the Orion area. Much of it was farmland- cotton, corn and rye- with beautiful pastures surrounded by thick wooded areas. A dairy was also located on the land along with houses for many of his farm workers. But the most special place on the property was the beautiful log hunting lodge that was tucked away in the woods way back in the hills of Pike County.

Sarah Margaret Renfroe spent many happy days at the Henderson Lodge, especially during the summer months.

The lodge was built around 1930, as she remembered it, and it was a beautiful place. The inside walls, as well as the outside walls, were built from logs that were dark and had a rather shiny finish to them.

The ceiling of the lodge was open with the big logs crisscrossing in the open spaces and casting shadows in the wooden backing of the roof.

There was a big porch that wrapped around the front of the lodge. Long swings hung from the ceiling. The swings were where guests spent a lot of time in the late afternoons and nights.

Inside the lodge was a mammoth stone fireplace that provided the only heat during the winter months. There was no electricity or running water, so there was no indoor bathroom. The lodge was lighted by lanterns and guests washed their hands and faces in bowls of water on the back porch.

There were several bedrooms, but the den was the focal point. It was dominated by the huge fireplace and deer trophies that lined the walls. The wood floors were covered with animal-skin throw rugs. Several of the rugs were complete with the animal’s head.

Out back, about 30 yards from the lodge, were the kitchen and dining room. The kitchen was away from the lodge to protect it from any fire that might start in the wood stove and, also, to isolate it from the heat of the kitchen in the summer. Guests would awaken to the aroma of bacon and sausage frying and hurry to the dining room, which was a screened in area with long wooden tables covered with white cloths. No matter what the meal, there were always dishes of Gerkin pickles, Henderson’s favorites, lining the table.

There was a device in the ceiling of the dining room with strips of paper running the length of it. Someone would pull a rope attached to the device making the strips of paper flap back and forth. It served a dual purpose, to cool the meal guests and to keep the flies away.

Henderson was a lover of animals and brought in many to the lodge area that was surrounded by a six-foot fence that protected the deer, sheep, goats, horses and quail. Henderson introduced the McCurdy strain of horses to the area. The McCurdy horses were known all over for their single gait that made them easy to ride so everybody could enjoy horseback riding. Everything about the Henderson Lodge was enjoyable, but the main attraction was the swimming pool.

Very few people had access to swimming pools back then so it was a real treat to get to go swimming in Fox Henderson’s pool.

The pool was located down the path from the lodge and was fed by an artesian well through a six-inch pipe and the water was icy cold.

Henderson was said to be so shy that, when he bought a new hat, he would put it between the mattresses and sleep on it so folks wouldn’t know he had a new hat.

So, he shied away from the pool and was content to cool off in the trough and enjoy watching the bathers have fun.

The huge pool had wood sides made from thick wood planks and the bottom was sand. Henderson had the sand brought in from Florida along with moss that he put in the trees. He sanded a beach-like area around the pool and the rest was grass. Picnic tables were placed around the grassy area and swings hung from the trees surrounding the pool.

Henderson invited city people and country folks to picnic and swim at the lodge. People from everywhere came to enjoy themselves.

On Sunday afternoons. Model T’s and Model A’s would come streaming in and it didn’t matter who the people were or where they came from, they were welcome. The Henderson Lodge was about the only place folks could go to have a good time. The Henderson Lodge offered an opportunity not many people in rural areas had back in those days and, to a one, a good time was had by all.