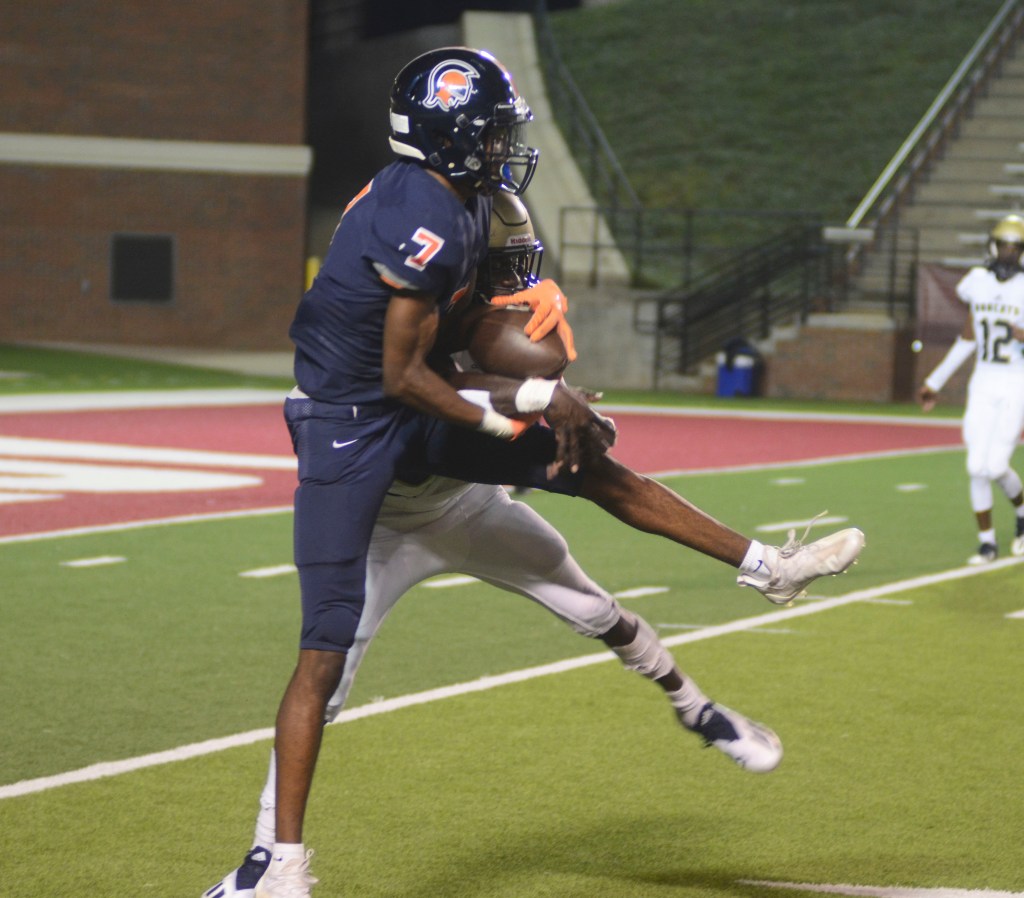 Early County, (Ga.), and their Wing-T offense was too much for Charles Henderson High as they ran to a 31-9 victory over the Trojans Thursday night in Troy’s Veterans Memorial Stadium.

The Bobcats rushed for 238 yards and passed for 61 more for a total of 299 total yards, while CHHS was held to only 159 yards of total offense, according to unofficial stats. The Trojans managed only 2 yards rushing on the night, as they ran for 23 total positive yards, while backing up on the ground for -21 negative yards.

Early County, out of Blakely, Ga., improved to 2-1 on the season while CHHS stands at 0-3.

The Bobcats got on the board quickly on their second possession when junior running back Jeremiah Hutchins raced 70 yards for a touchdown, Baylen Tedder kicked, and it was 7-0 with 7:42 remaining in the first quarter.

Early County went ahead 14-0 in the final seconds of the first quarter when Tycavion Stovall ran it in from 5 yards out, with 0:38 showing on the clock.

The Trojans got on the board on their next possession, with sophomore kicker Nik Peerson booming a 41-yard field goal to split the uprights with extra yardage to spare, and the score was 14-3 with 9:46 showing in the first half.

Sophomore quarterback Parker Adams cut the lead to 14-9 in the last minute of the second quarter when he hit Cody Youngblood for an 18-yard touchdown, and the try for two points was not successful with 0:48 left in the half.

Early County scored again with 3:48 to go in the third when Stovall broke several tackles and rambled 16 yards for a touchdown and a 21-9 advantage.

Tedder booted a 27-yard field goal with 6:25 in the fourth quarter, and quarterback Astyn Grimes connected with JD Holmes for a 50-yard pass play for a touchdown, making the score 31-9 at 5:22 remaining, which held up to be the final score.

Hutchins rushed for 139 yards and one TD for the Bobcats, Stovall picked up 64 yards and two touchdowns, while Grimes passed for 61 yards on the evening.

CHHS was led in passing by Adams with 157 yards and one touchdown, while the Trojans found running difficult.

The Trojans are on the road next Friday when they travel to Andalusia for a Class 5A, Region 2 contest.