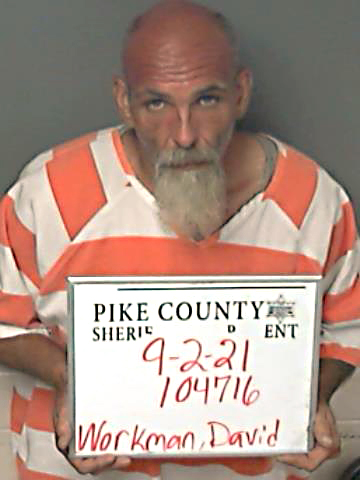 A Bullock County man was arrested by the Pike County Sheriff’s Office and charged with stealing central air conditioning units worth nearly $40,000.

Thomas said the PCSO received a report on Aug. 2 that central air conditioning units had been stolen from Lily White Church on County Road 3315 near Brundidge. Thomas said cables on an air conditioning unit had been cut and the unit was stolen. He said the second unit was damaged during the theft and left behind. The unit was valued at $3,000 and the damage to the second unit was estimated at $750.

Thomas said a second theft was reported on Sept. 2. Thomas said five central air conditioning units were stolen from Pleasant Hill Church on County Road 4425 near Brundidge. Thomas said the total cost of the stolen units was valued at $34,000.

Thomas said the same day, a second theft was reported in Hamilton Crossroads. He said a single unit was stolen from the Carter Bros. office on County Road 3325. The estimated value of the unit was around $3,000.

“We spoke with law enforcement in Coffee County and Dale County and they were having a similar problem,” Thomas said. “After investigating, we spoke with David Workman and he confessed to all three thefts and two thefts in Dale County. We had some experiences with him in the past and he has a criminal history. He was living at an RV park in Ozark, but recently moved to Bullock County.

“He would have continued doing this because he has no income and this was his sole source of income. This was a difficult case because he was leaving his home and going halfway across another county, stealing and then going back home and stripping out the copper wire and selling it.

“It’s a sad day when people steal, but especially when they steal from a church. I’m just glad we were able to do our part and catch him.”