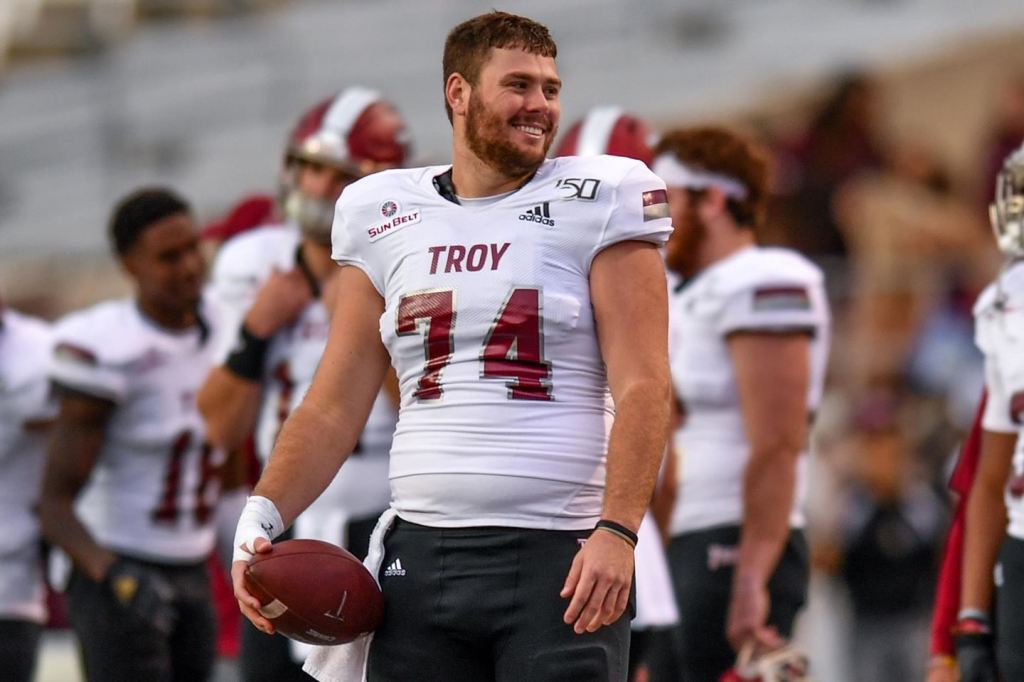 Contributed photo/Troy Athletics | The Messenger Troy senior Cameron Kaye has been named tot he Collegiate Bowl Big Board, a watch list for one of the premier all-star games.

Troy senior Cameron Kaye has been named to NFLPA Collegiate Bowl Big Board, a watch list for one of the premier postseason collegiate all-star games. Additionally, Kaye was named Special Teams U Preseason All-America Watch List.

Entering his fifth year as Troy’s starting long and short snapper, Kaye has consistently ranked as one of the nation’s top long snappers throughout his career. As a junior in 2019, Kaye led the Sun Belt, ranked third in the Group of Five and 14th nationally among long snappers (min. 100) per Pro Football Focus. Last season, the Trojans ranked 28th nationally averaged 40.64 after Troy ranked fourth nationally in net punting in 2018.

Ranked as the 57th best long snapper out of Gulf Coast High School, Kaye has not been charged with a bad snap throughout his entire career of 430 total snaps. Earlier this summer, Kaye was named to the Patrick Mannelly Award Watch List for the nation’s top long snapper.

This January, the NFL Players Association will produce the 10th annual NFLPA Collegiate Bowl game at the historic Rose Bowl Stadium in Pasadena, California. Since 2011, the NFLPA Bowl has provided senior NFL prospects with an exceptional platform to showcase their talents to all 32 NFL teams and a one-of-a-kind experience that educates participants about the business of football. In the past two years alone, 87 NFLPA Bowl participants have been invited to the NFL Combine and 58 were drafted by NFL clubs.