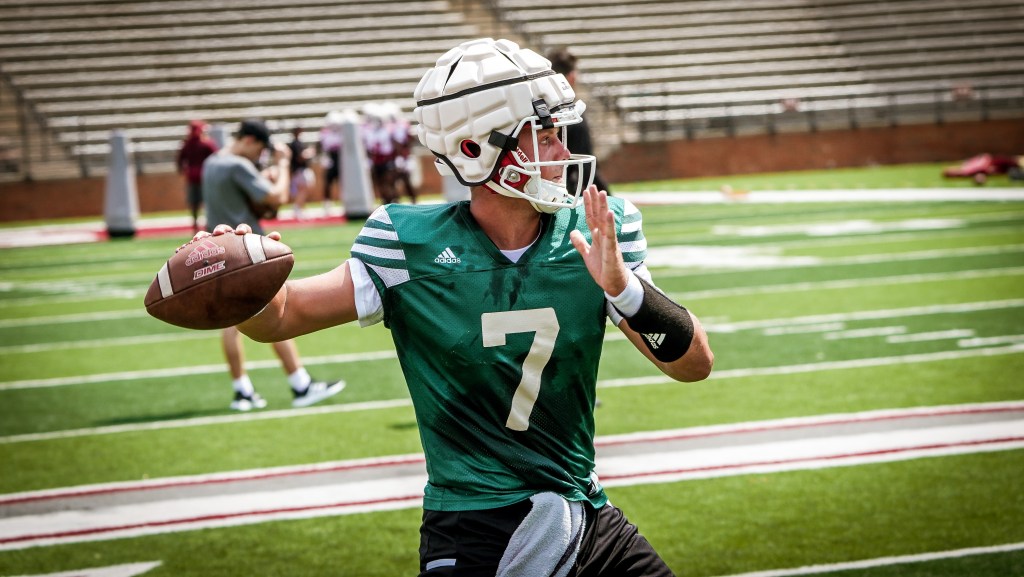 Troy head coach Chip Lindsey announced Thursday that Taylor Powell will be the Trojans’ starting quarterback heading into the team’s season opener against Southern next weekend. The announcement ends a QB battle between Powell and Gunnar Watson, which began in the spring.

“Both guys competed extremely hard and both of them improved a great deal,” Lindsey said. “Anytime you have competition like that, it makes everyone better. This year we’re going into the season with the luxury of having two guys that have played college football and that’s always a plus. At the end of the day, it’s a competition and we have to go with one guy. We feel like Taylor is going to give us the best opportunity to win as a football team.”

Powell, a junior on the field, joined the Trojans in January after transferring into the program from Missouri. A former Mr. Football in the state of Arkansas, Powell started one game in his career – at Georgia – for the Tigers and saw action in 12 total contests. He sat out the 2020 season due to COVID-19 concerns and graduated from Missouri in three years.

He led Fayetteville High School to a pair of Arkansas 7A state titles (2015, 2016) and threw for 3,473 yards and 44 touchdowns as a senior. He ranks fifth in Arkansas prep history with 10,431 career passing yards and eighth with 113 touchdown passes.

“We’re going to let him play his way into a rhythm and hopefully, the next couple weeks in practice, he’ll get to do that because he’ll get the reps with the ones,” Lindsey said. “He and Gunnar are similar in that they are both smart guys and spend a lot of time studying film. Taylor has great pocket awareness and can escape inside the pocket and keep his eyes downfield. One of the things that showed up over and over was his ability to make plays on the move.”

In Watson, the Trojans have one of the best No. 2 quarterbacks in the country. He started nine games in 2020 and led the Sun Belt averaging 237.9 yards per game. Watson ranked seventh nationally, completing 70.1 percent of his passes and 11th with 23.44 completions per game.

“Gunnar had a good fall camp, and this decision was not based on anything bad he did, but at the end of the day, we have to have one guy and after reviewing it, we felt like this was the best decision for our team,” Lindsey said. “In this day in age in college football, you better have two guys who can play. I’ve had one year where I had to play five different quarterbacks, and it’s comforting going into 2021 knowing that we have two guys I know we can win with and two guys who will work extremely hard to improve.”

Troy opens its 2021 season against Southern in The Vet on Sept. 4. Kickoff is set for 6 p.m. and the game will be broadcast on ESPN3.