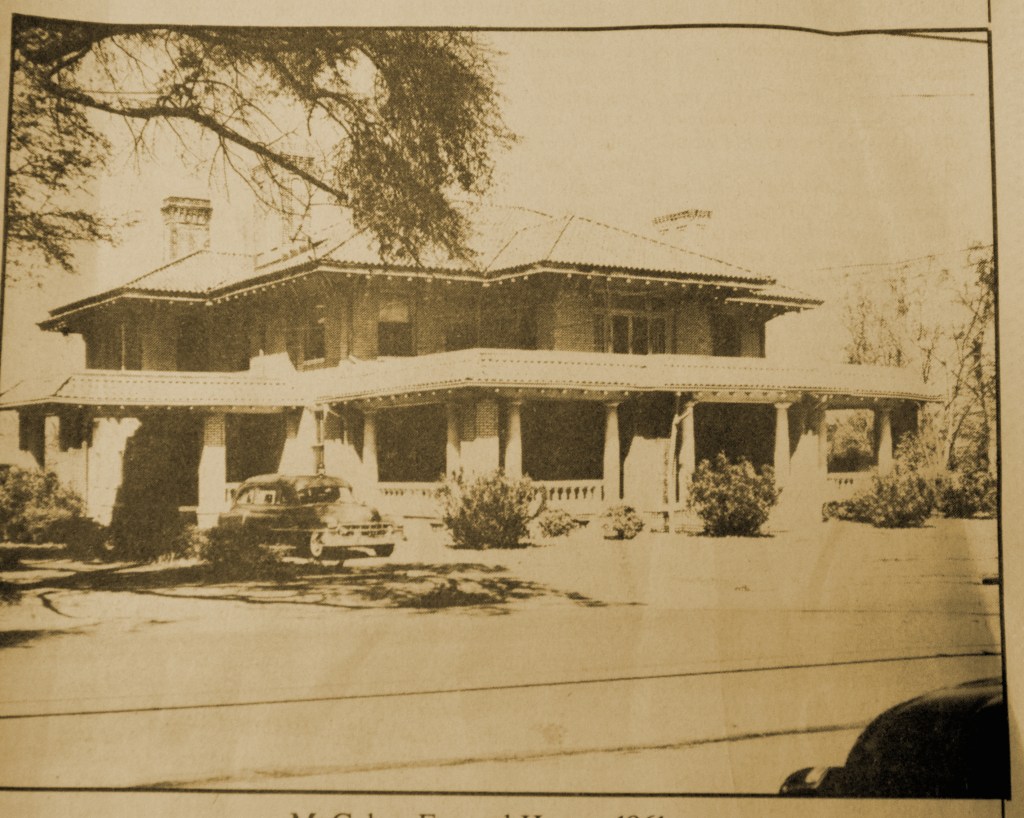 “Oh, goodness! Here come the Gypsies!  Pull down the shades, lock the doors and hide the children!”

Word spread like wildfire when a Gypsy caravan was coming through the town. Gypsies were unusual and everyone was a little uneasy when they were around. But few caravans caused as much clamor as the one that passed through Troy in 1961.

Because the clan’s queen, Patsy Miller, was sick, the Gypsies stopped and stayed and that set the town in a whirl.

Rosa Lee Boswell was a supervising nurse at Edge Hospital the day the Gypsy queen was admitted and remembered what a stir it caused.

The Gypsies arrived at the hospital in their caravan of big, fine automobiles- Cadillacs, Lincolns and the like.

They emptied out of those big cars, the women in long dresses and beads and men in big, baggy pants and took their queen into the hospital. It was evident that she was very ill.

Mrs. Boswell said the hospital staff realized right away the queen was very important to the Gypsies and they would not leave her. So, they camped out at the hospital and had the run of the place.

So, for the hospital staff, it was almost a hands-off affair. The Gypsies wanted to look after their queen and kept the door to her room closed most of the time.

According to Mrs. Boswell’s account, the hospital staff didn’t know all that went on in the Gypsy queen’s room, except the ladies were very attentive, bathing her face and talking softly to her. They knew she was dying so they placed a bottle of Holy Water on the closet shelf and asked the hospital staff not to touch it.

The ladies sat on the floor in the queen’s room most of the time. One day, they started making her burial dress of dark, royal blue material, similar to rayon. Only the arm and neck holes were cut with scissors.  The material down the sides and around the bottom was torn.

The queen lingered near death for two weeks and everyone in the county was well aware the Gypsies were in town.

The Gypsy queen died on April 21 at the age of 48. The Gypsies accepted her death quietly.

Robert McGehee of McGehee Funeral Home said the Gypsy queen died early on Saturday morning, but the clan didn’t want her buried until Monday. Gypsies paid him with a “wad of money that would choke an ox.”

The Gypsies wanted to take care of the body and dress it. They talked to their queen because they believed she was still with them.

They put a burial gown on her and tore a three-inch strip from the bottom and tied her feet together to keep her from going off on her journey to heaven and leaving them before they were ready to let her go.

When news got out that their queen had died, Gypsies came from all around. A lot of them camped outside of town; others stayed at the funeral home. They put blankets under the trees and filled the porches but someone stayed with the queen every minute.

Food was put in the casket for the queen to eat on her journey- crackers, corn and beans – and everyone who viewed the queen had the opportunity to give money to the queen for her journey. Many local residents came and gave.

Before leaving for the funeral at the Catholic church, the ladies untied the queen’s feet, folded the cloth strip neatly and placed it beside her feet.

They were freeing her to begin her journey to heaven.

As the Gypsy queen was being driven from the funeral home, the Gypsies took a hose and washed away any tracks so the evil spirits would not be able to follow the queen and keep her from entering heaven. She was buried in Birmingham.

Although Gypsies were thought to be prone to steal, not one thing was ever missed from the hospital where the queen received care or the funeral home where the Gypsies camped.

The Gypsies had assured McGehee they would not steal. If they did, their queen wouldn’t go to heaven and they wouldn’t do anything to keep her from that destination.

As Pike County continues to celebrate its Bicentennial year, The Messenger, will reprint articles of interest about Pike’s past. The late Rosa Lee Boswell and Robert McGehee contributed to this article of August 1, 1960.