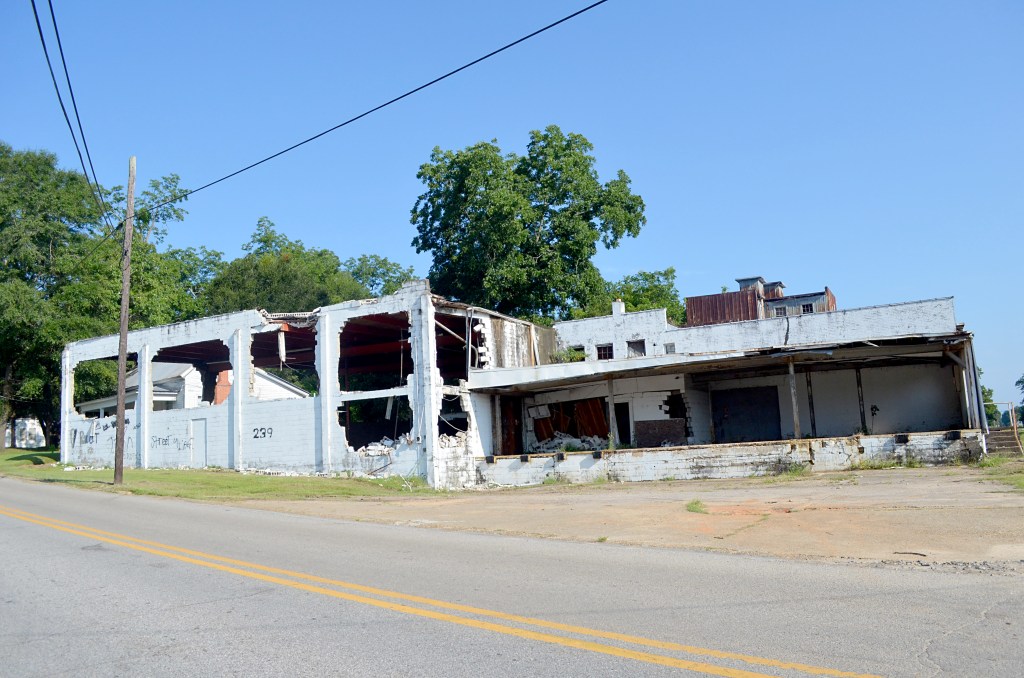 Jaine Treadwell | The Messenger The City of Brundidge used a Community Development Block Grant to demolish 16 dilapidated structures in the city.

The Community Development Block Grant awarded to the City of Brundidge in the amount of $385,000 is nearing closure with 16 structures demolished and a former food processing building taken down.

Linda Faust, Brundidge city clerk, said the property clean-up has been completed at the demolition sites except for some cleanup remaining at the site of the former Brundidge Foods building on Lee Street.

Brundidge Mayor Isabell Boyd expressed appreciation to the building owners who agreed to have their properties taken down.

“We appreciate the fact that these property owners had the best interest of Brundidge in mind,” Boyd said. “Every time a dilapidated or abandoned structure is removed, our town is better for it.  We encourage all property owners to comply with city ordinances regarding the upkeep of their property. Working together, we can make our city all that we hope it to be.”

The demolition of the Brundidge Foods building toppled one of the last visible symbols of the founding food manufacturing business in Brundidge. Only the J.D. Johnston Mill site remains on Church Street.

Food processing has long been, and continues to be, a major contributing industry in Brundidge.

The former food processing building that was included in the city’s demolition grant originated as W.T. Benson Wholesale in Geneva. Later, the name was changed to Southeastern Foods and then Brundidge Foods, which was owned and operated by the late Bill Hudson, who later moved his food processing business to Troy. Hudson Industries was the first industry to locate in Troy’s Industrial Park on the Henderson Highway.

When the food processing business was viable in Brundidge, the products manufactured included peanut butter, mayonnaise, salad dressings, mustard and specialty sauces. The products included both retail and food service items. One of special note was the sauce for the Hardee’s Husky burger that was popular during the 1970s.  Peanut butter was produced in Brundidge until the mid-1950s. That brought an end to an industry that had originated in Brundidge around 1928.

The City of Brundidge pays tribute to its founding peanut butter industry with the annual Peanut Butter Festival the last Saturday in October.