Be wary of black cats on Friday the 13th 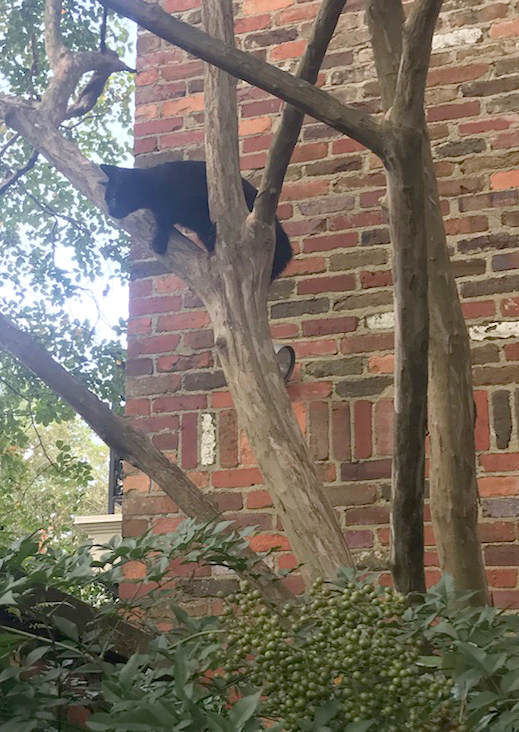 The pandemic aside, today, Friday, August 13th, folks are “safer at home.”

And, anyone with an ounce of superstition in his or her body probably has the bedcovers overhead for it is Friday the 13th, the most foreboding day of the year. A day when black cats and the number 13 cause even the non-believers to quiver in the uncertainty of such “nonsense.”

For, back in the middle ages, cats were believed to be the familiars of witches and the trepidation of the number 13 dates back to the Knights of Templar. Together, black cats and the number 13 mean “double, double, toil and trouble” are just down the road.

“I work on Friday the 13th but…” Jordan’s voice trailed off in remembrance of a recent incident.

“Just the other morning, I was driving to McDonald’s to get a Smoothie and I stopped at the four-way,” Jordan said. “When I started again, I looked in the rearview mirror and saw a black cat chasing my car – like it was dog!”

Jordan, who was aware that a black cat crossing one’s path means bad luck, put a heavy foot on the gas pedal. She was determined not to let that fast-running black cat cross in front of her car.

“If the cat crossed my path, I would have to turn around and go back or I would have really bad luck,” Jordan said. “That’s what happens when a black cat crosses your path. Bad luck!”

In the rearview mirror, Jordan could see the black cat fading fast but, just to be safe, she rebuked the bad luck and made an X on her windshield. She could have spit in her hat or cussed for extra protection but, she deemed that wasn’t necessary, for the black cat had stopped and run up a tree.

Jordan drove to work confident that she would now have a good day. But …  the kiln at the complex caught fire, just a small one, but it warranted a fire drill. From there, things went straight downhill. One after the other.

So, a word from the wise: “If a black cat crosses your path today, cuss, turn around and climb a tree!”