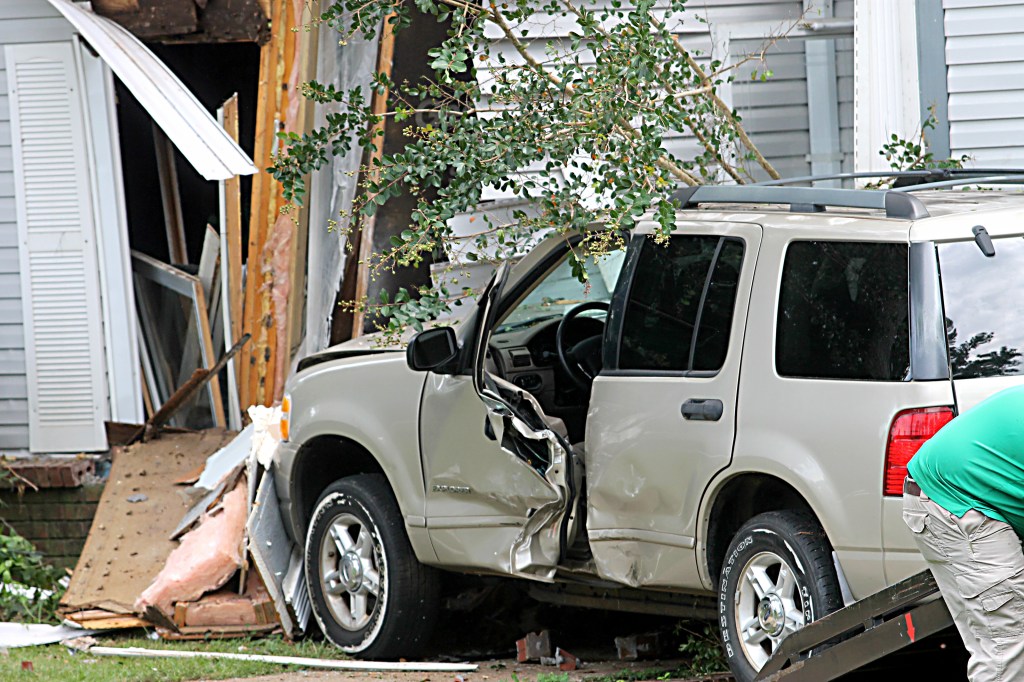 Huck Treadwell | The Messenger A Ford Explorer involved in a two vehicle accident stuck a house on the corner of Ray Avenue and Dozier Drive on Monday afternoon.

An SUV came to an abrupt halt after it struck a home at the corner of Ray Avenue and Dozier Drive.

The accident happened around 4 p.m. Monday afternoon. According to Troy Police Department Public Information Officer Lt. Bryan Weed, a two vehicle accident happened at the intersection of Ray and Dozier. Weed said the driver of a 2005 Ford Explorer appears to have run the stop sign on Dozier Drive, was struck by a second vehicle, a 2011 Chevrolet Equinox, traveling on Ray. Weed said as a result of the collision, the Explorer veered off the road and struck the house at the corner of Dozier and Ray.

Weed said no one was at the house at the time and the home suffered structural damage. He said one driver was transported to Troy Regional Medical Center for treatment of minor injuries and the other drive refused treatment at the scene of the accident.

Weed said both vehicles had to be towed.

The accident remains under investigation by the Try Police Department.