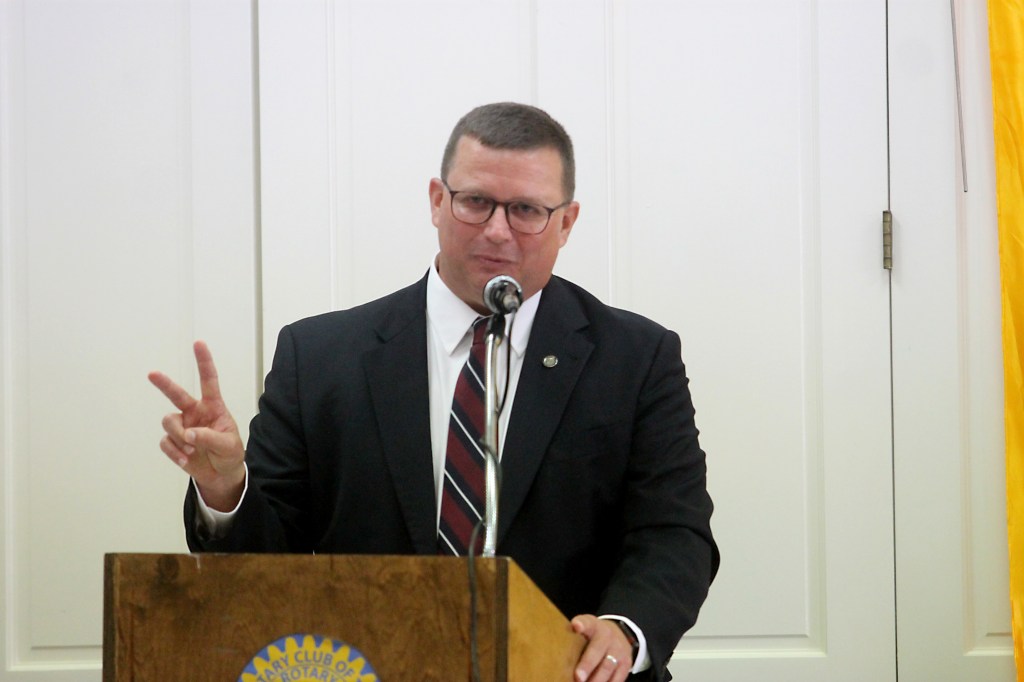 Huck Treadwell | The Messenger Rep. Mike Jones, R-Andalusia, said he only made two campaign promises. One was to read every bill he voted on and the other was to hold town meetings. He said he kept both promises.

Rep. Mike Jones, R-Andalusia, is campaigning to make a change in venue in Montgomery in 2022.

Jones currently serves as the representative for District 92, which includes Covington County and parts of Escambia and Coffee Counties. Jones will vacate his seat in the House to run for the Alabama Senate District 31. Sen. Jimmy Holley is retiring, and Jones is seeking the GOP nomination for Holley’s district in the May 24, 2022, Republican Primary. District 31 includes Pike, Coffee, Covington and part of Dale County.

Jones said he’d never considered running for Holley’s spot until, Holley, his friend and mentor in the statehouse, called him up and asked him to have dinner.

“Sen. Holley called me and told me his plans [to retire],” Jones said. “He’s been a mentor of mine since Day 1. He was a legend in the Senate, and those will be some big shoes to fill. I had dinner with Sen. Holley and his wife, and after that conversation it was clear that I was going to run for Senate.”

Jones is a 1985 graduate of Andalusia High School, a 1987 graduate of Lurleen B. Wallace Jun-ior College, a 1989 graduate of Birmingham Southern College and a graduate of the University of Alabama Law School. He opened a private family practice in Andalusia in 1992 and served two terms on the Andalusia City Council, the second term as mayor pro tem.

Jones was first elected to the Alabama House in 2010 and has been re-elected twice.

Reading bills has become Jones’ specialty in the House. He serves as the chairman of the House Rules Committee. Part of the committee’s job is to decide which legislation comes to the floor of the House.

As the rules chairman, Jones said it’s also his responsibility to work with other lawmakers to refine and tweak bills to make sure that the bills have the best chance of passing. In doing that, Jones said he has had to work with representatives and senators, as well as the House and Senate leadership to get good bills to the House floor.

Jones said his old friend, Sen. Holley, had also mentored him well and he was familiar with both the House and the Senate.

Jones said the lessons he learned from Holley as well as his experience working with both houses will help ease his transition to the Senate, if elected, he said.

In seeking the GOP nomination for Senate District 30, Jones is currently unopposed in the May 24, 2022, Republican Primary.

“Right now I’m unopposed,” Jones said. “But, it won’t surprise me if I have some opposition. This is a big seat in the Senate and I’m sure there are other people interested in running for it.”