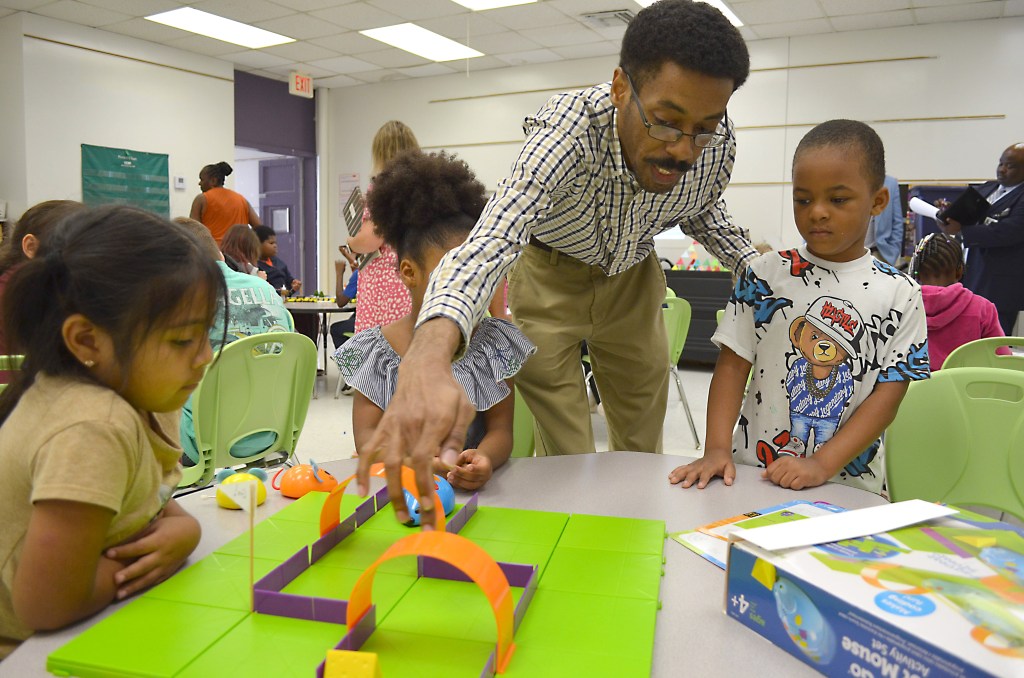 Jaine Treadwell | The Messenger Chris Saffold, third grade teacher at Pike County Elementary School, guided student participants in the STREAM Lab held at PCES. The lab was made possible with a generous grant from the Wiregrass Resource, Conservation and Development Council.

A generous grant from the Wiregrass Resource Conservation and Devel-opment Council (WRC&D) made it possible for students at Pike County Elementary School and Banks School to participate in a STREAM (Science, Robotics, Engineering, Art and Mathematics) lab this summer at PCES.

“The grant funds were used to provide fun, hands-on summer learning experiences for our students that they would not have had otherwise,’ Drish said. “Our fourth- and fifth-grade students learned that every circuit has three major components: A conductive ‘path’ such as a wire; a ‘source of electrical power, such as a battery and a ‘load’ that needs electrical power to operate as an LED.”

Chris Saffold, PCES third-grade teacher said after observing the different components of a circuit the students were able to construct a highway using cardboard and glue.

“They were amazed when we decided to add streetlights that work,” Saffold said. “Their greatest challenge was connecting the LEDs to the electrical wire. After a few failures, they were able to complete the highway and attach three light poles that produced light.”

The Pre-K students grouped animals according to their habitats.

“The students learned that animals live in different places,” Saffold said. “The Pre-K students used a LEGO animal set to sort animals according to their habitats.”

When using the LEGOs, the students were also able to attach the correct body parts to each animal. The students also learned the difference between push and pull, after which they were able create and design a track along which items could be moved by pushing and pulling.

Anna Cornelius, Wiregrass RC&D program manager, visited the STREAM Lab and was able to see, first-hand, the value of the summer lab experience for the young students.

“We were able to thank Ms. Cornelius personally for the generous Wire-grass RC&D grant that made the STREAM Lab possible for our students,” Drish said. “Experiences like this are invaluable.”