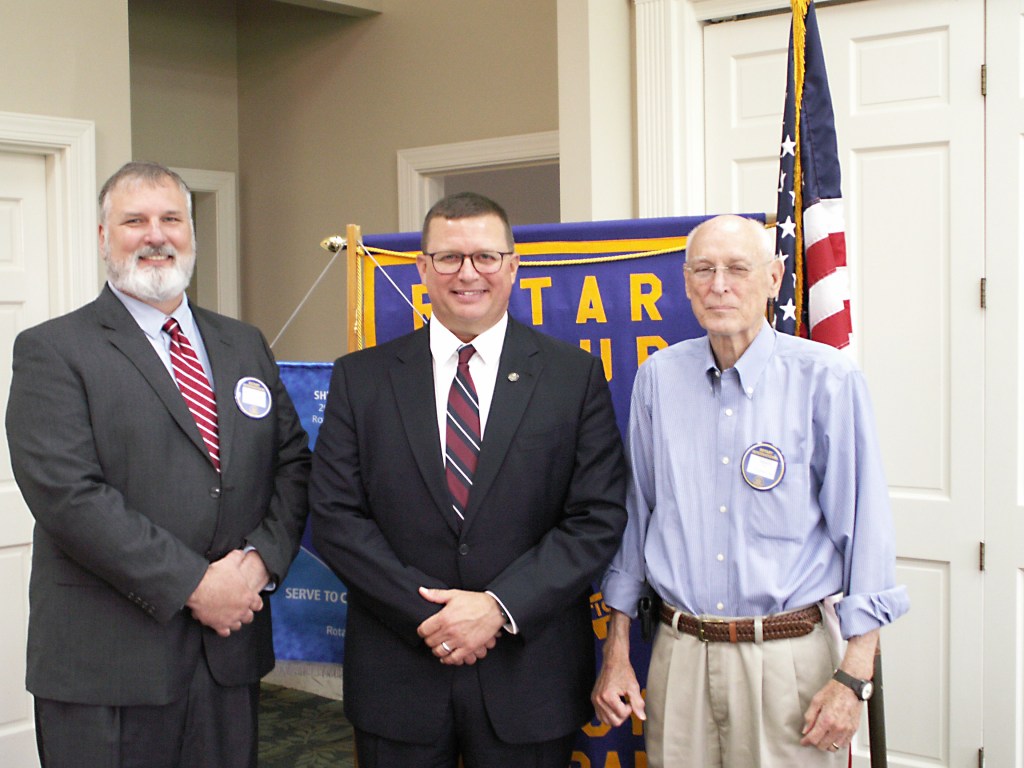 Rep. Mike Jones, R-Andalusia, is on the campaign trail letting people know he is seeking the Republican nomination to replace his mentor in the Alabama Senate.

Jones was in Troy on Tuesday and spoke to the Troy Rotary Club about his career in politics as well as the decision to seek his friend, and mentor’s District 31 seat in the Alabama Senate.

“Sen. Holley called me and told me his plans [to retire],” Jones said. “He’s been a mentor of mine since Day 1. My first year in the House, I spent so much time in the Senate that some of the people that worked there thought I was a Senator at first. That first year, I spent as much time in the Senate as I did in the House. He was a wealth of knowledge for me, and he’s forgotten more about the Senate than I’ll ever know. He was a legend in the Senate, and those will be some big shoes to fill. I had dinner with Sen. Holley and his wife, and after that conversation it was clear that I was going to run for Senate.”

Jones is a graduate of Andalusia High School, LBW Community College and the University of Alabama School of Law. He owns a family practice law firm and served two terms on the Andalusia City Council before stepping up to state politics. He was first elected to the Alabama House in 2010. He credited Holley with showing him the ropes in Montgomery and teaching him some valuable lessons. The biggest lesson he learned, Jones said, was to know the rules.

“Sen. Holley wrote the rules in the Senate,” Jones said. “He told me he learned how to use those rules to his advantage. Jimmy knew the rules so well in the Senate, he was one of the most powerful senators because of that.”

Jones said he learned the rules in the House and learned them well. That knowledge led to Jones’ appointment as the chair of the House Rules Committee.

Senate District 31 consists of Pike, Covington, Coffee and a part of Dale County. Which is similar to Jones’ House District 92, which includes Covington County and parts of Escambia and Coffee Counties.

Jones said because of the similarities in the geography of the districts as well as his relation-ships on the House and Senate will help ease his move from one house to the other in Montgomery. In addition to setting the rules for the House, Jones also worked with both members of the House and Senate to ensure that bills sent to committees had a better chance of getting to the floor for debate.

Jones also spoke to the Rotary Club about what he considered his most difficult job as a member of the Alabama House of Representatives was impeaching former Gov. Robert Bentley.

“It was an enormous thing to impeach someone who was elected by the people of the state. But, during the investigation, it became clear it was our duty.”

Jones is currently unopposed, but he said the wouldn’t be surprised if other candidates joined the field in the future.