Crowe’s owner proud to have been a contest finalist 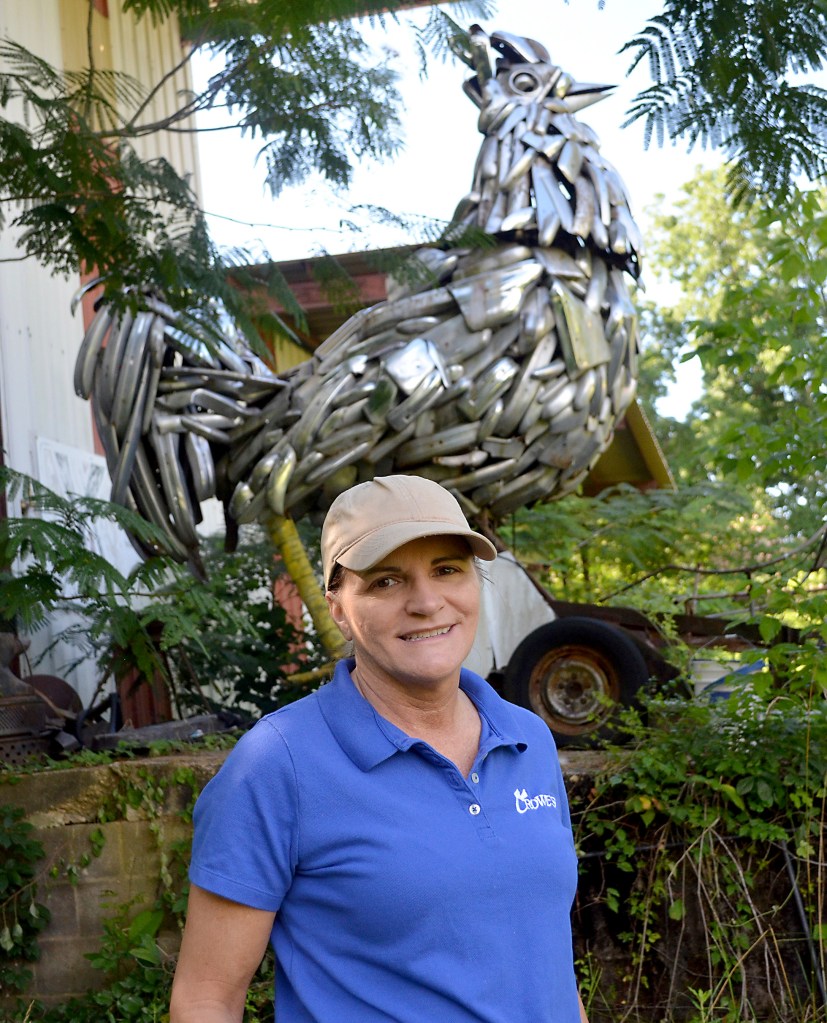 Jaine Treadwell | The Messenger Patsy Gibson is the owner of Crowe’s Chicken in Brundidge.

Bobby’s Restaurant in Eva in Morgan County has won “Bama’s Best Chicken Tenders” contest. The statewide contest was sponsored by the poultry division of the Alabama Farmers Federation. The contest highlighted how Alabamians flock to their favorite bird. Poultry is a $15 billion industry in the state.

The announcement of the winner was made Wednesday after the judges’ visits to the four finalists in the contest, Crowe’s Chicken in Brundidge, the Chicken Shack in Luverne and J’s Hole in the Wall in Bryant in Jackson County.

April Hall expressed excitement about the contest and said that she and her husband were “simply honored to be among the finalist.”

As the winner, Bobby’s Restaurant receives bragging rights, a cash prize, plaque and a feature on “Simply Southern TV.”

Patsy Gibson, owner of Crowe’s Chicken in Brundidge, said, too, that she was honored to be a finalist in the statewide contest.

“Crowe’s got a lot of votes; I think the most, and it’s especially meaningful that people took the time to vote for us,” she said. “We enjoyed and appreciated the opportunity to have the contest judges dine at our restaurant. They were very complimentary of our chicken tenders. The Chicken Tenders Contest was a good experience and the contest let a lot of people know that, here in Brundidge, we have a lot to ‘Crowe’ about.”

Gibson expressed thanks to the Alabama Farmers Federation poultry division for the opportunity to compete and her congratulations to Bobby’s Restaurant as the winner and to the Chicken Shack and J’s Hole in the Wall as finalists.