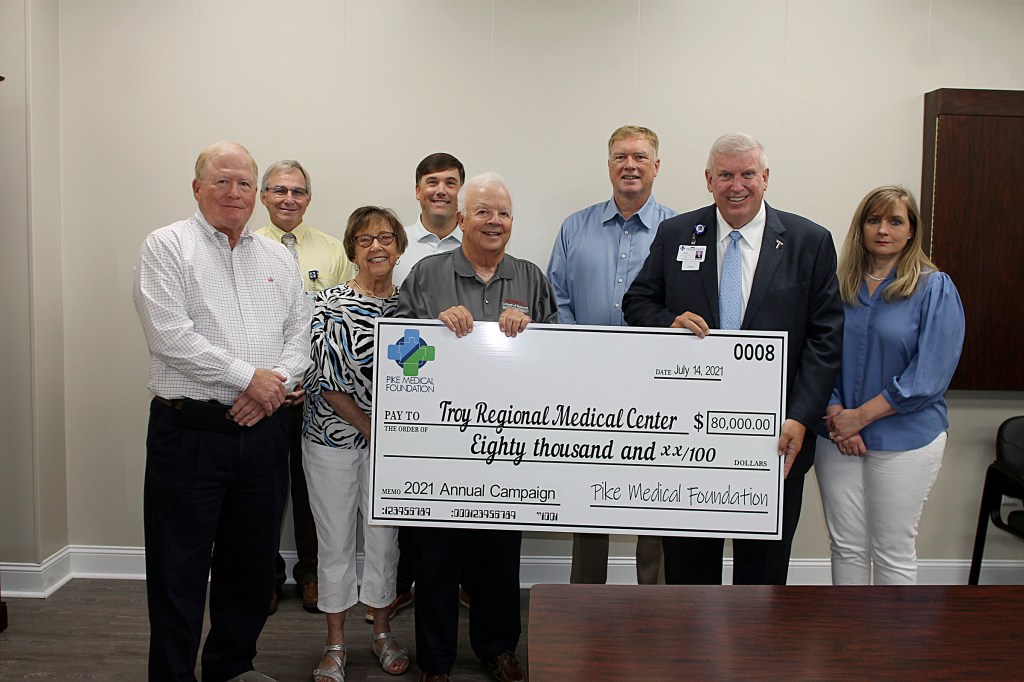 The Pike Medical Foundation pulled off a very successful Virtual Balloon Launch fundraiser during the COVID-19 pandemic and raised more than $80,000 for Troy Regional Medical Center.

“We’ve got these funds earmarked for upgrading our women’s imagery,” TRMC CEO Rick Smith said. “A mammography is one of the easiest tests to check for cancer. This money will go a long way toward the $300,000 for a 3D tomosynthesys mammography machine. We’re also doing some restructuring of our MRI Center and are going to turn it into a women’s imaging center.

“Over the years, we’ve lagged behind in technology because of the cost. We’ve always had great care, but technology has outpaced us. This money will help us buy technology so women will no longer have to go to Montgomery for imaging. They’ll be able to do it right here in Troy and the same radiologist group that Montgomery uses will read our images.”

Steve Garrott, Pike Medical Foundation chairman, said, over the years, the Pike Medical Foundation had raised close to $1 million for Troy Regional Medical Center. The foundation was incorporated in 1987 and served TRMC (formerly Edge Hospital) until the hospital was sold to Community Health Systems and then became a private hospital. The foundation became active again when the City of Troy once again took ownership of the hospital in 2013.

“On behalf of the foundation, I’d like to thank the community and surrounding area for everything they have done,” Garrott said. “We also have a very important memorial program that so many families in our community have honored their loved ones through the foundation. Anyone that would like to donate can send a contribution to the Pike Medical Foundation, P.O. Box 268, in Troy.”

Smith said one of the hospital’s long-term goals is to provide more local options for cancer patients.

“We’re improving our women’s imaging and have an infusion center and state-of-the art colonoscopy services,” Smith said. “We’re able to offer detection and infusion services. A radiation therapy center is in the future for us. But, that’s still down the road.

“These are some things that couldn’t have happened without community support. We want to thank everyone involved in this grassroots effort that have made this a reality.”