Parrot a voice for the local humane society 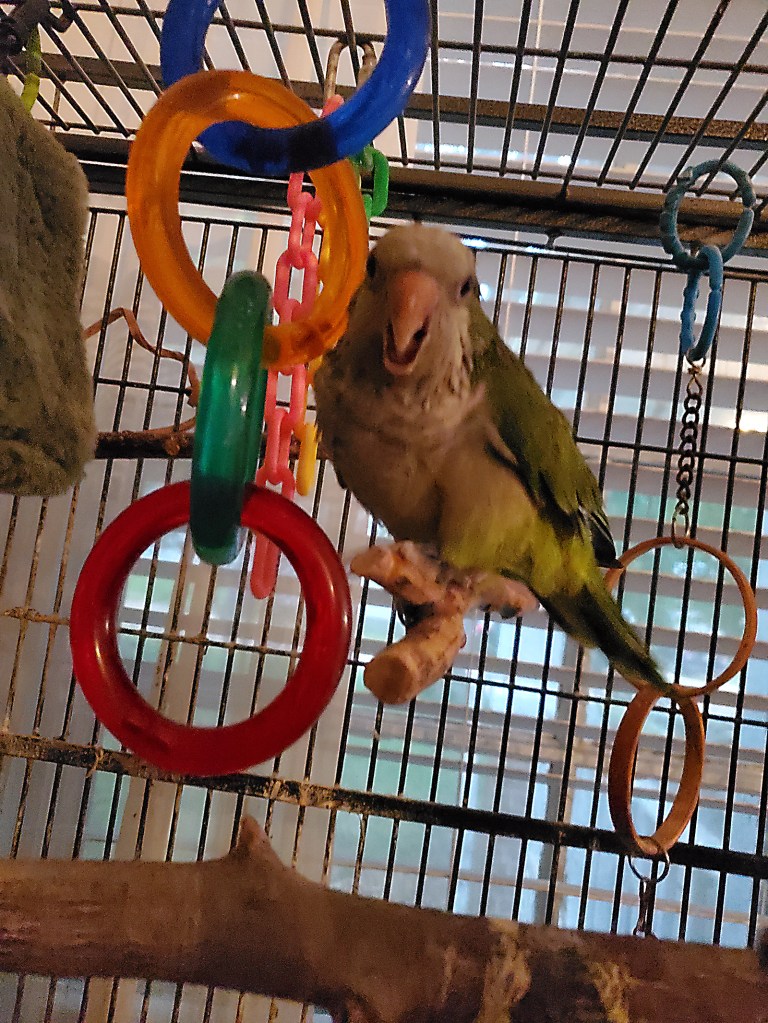 According to the rumor mill, a kangaroo was expected to be entered in the Humane Society of Pike County 2022 Pet Photo Contest this week. But, it was a parrot that was the surprise entry, said Donna Brockmann HSPC, president.  “I never expected a parrot. We’ve not had a parrot before. It’s exciting!”

Brockmann said the parrot is the pet of Chuck Sutter of Troy and “it’s adorable.”

“The parrot seems to be looking right at the camera, as if it knows that it’s being photographed,” Brockmann said. “Maybe it did know.”

The bird is actually a Quaker Parrot, a species known for its clown-like antics and as a talented talker. So, Chuck named his parrot Gabby and it has lived up to his moniker.

“We’ve also never before had a talking pet in the contest, so Gabby will be a fun entry,” Brockmann said. Especially, if Gabby can say, “Vote for Me!”

Brockmann said the more entries in the Humane Society of Pike County’s Pet Photo Contest, the more interest there will be, the more votes that will be cast and the more dollars raised for the humane society’s spay/neuter program.

“For whatever reason, there are more unwanted dogs and cats now than we have had,” Brockmann said. “Since March 2014, Tammy Howington at TARP (Troy Animal Rescue Program) has assisted in the placement of thousands of pets across south Alabama. She and her volunteers are to be commended. We thank them wholeheartedly.”

Brockmann said if more Pike County residents and Troy University students would have their animals spayed/neutered there would be fewer unwanted and unloved animals.

“It’s heartbreaking to see an unwanted, unloved and abused animal,” Brockmann said. “Having animals spayed/neutered is what we can do and should do to solve this problem.”

If Chuck Sutter’s parrot could talk, and it may talk, then it would plead a vote for itself or, perhaps, he will be the voice of all the pets in the contest, which has the reduction of the suffering and helpless animals as its goal.