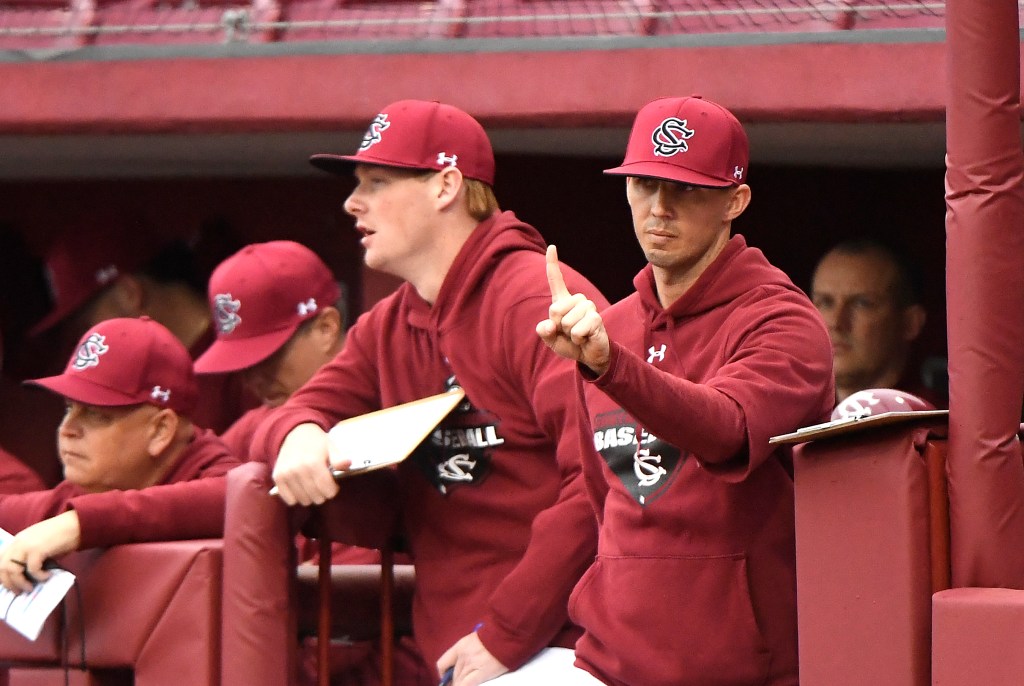 The new head coach will be introduced at a press conference on Thursday afternoon beginning at 4 p.m. at the Stadium Club at Veterans Memorial Stadium.

“Skylar is a dynamic leader who has a proven track record of success,” Troy Director of Athletics Brent Jones said. “We are excited to welcome Skylar, his wife, Jesse, and their two boys to the Troy family. He is widely recognized as one of the top pitching coaches and recruiters in the nation. Skylar will build upon the great tradition and the history of success that Troy baseball is known for. I would like to thank our selection committee for their hard work in this process as Skylar rose to the top of an extremely deep and talented candidate pool.”

“We have established ambitious goals for our baseball program, and we believe Skylar Meade is the head coach to get the job done,” Dr. Jack Hawkins, Jr., chancellor said. “Skylar has been to the College World Series, so he understands what it takes to compete at the highest level. Under coach Meade’s leadership, I am confident the best is yet to be for Trojan baseball.”

Meade has spent the last four seasons as the pitching coach at the University of South Carolina.

“First and foremost, my wife and family could not be more excited to join the Troy family,” Meade said. “We’d like to thank Chancellor Hawkins, Brent Jones, Kyle George, Sandy Atkins and the committee for their belief in our vision for Troy baseball.  We will hit the ground running with this job and start the process of making 2022 a great year. Lastly, there is no way to get to every person who has reached out to us, but to every single one, we say thank you.  Go Trojans!”

Meade, a former Louisville Cardinal, arrived at South Carolina prior to the 2018 season. During the 2021 season, Meade led the Gamecocks pitching staff to a 3.80 ERA, fourth best in the Southeastern Conference. The team had 624 strikeouts in 507 innings pitched. South Carolina had six pitchers drafted in the 2021 Major League Baseball Draft earlier this week.

“I think Troy got one of the risers among young college coaches today,” South Carolina head coach Mark Kingston said. “We appreciate his passion for the game and desire to be the best. He will develop players and do a tremendous job representing the program publicly. He is prepared for this opportunity and has a proven blueprint for success. We wish Skylar and his wonderful family all the best.”

After making his coaching debut at Eastern Illinois, where he spent five seasons, Meade coached two seasons at Middle Tennessee State University where he helped lower the Blue Raiders team ERA in each of the two seasons.

As a player at Louisville, Meade totaled nine wins in 2007 and helped lead the Cardinals to the College World Series. He held opposing hitters to a .247 batting average. He finished his playing career with a 16-7 overall record and a 5-1 record in conference play.