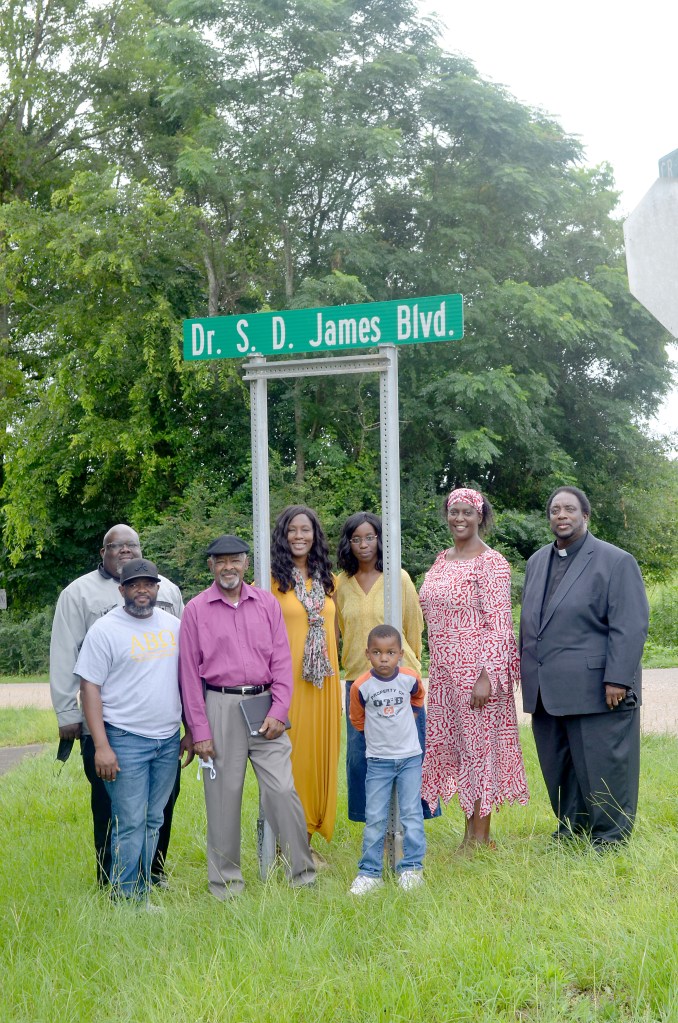 On March 4, 2021, the residents of Jerusalem Campground requested that the Pike County Commission consider changing the name of County Road 4406 to the late Dr. S.D. James Blvd., the chief executive officer of the S.D. James Evangelistic Association, headquartered in Banks.

The Banks roadway will remain County Road 4406 due to highway regulations, but the signage honoring James is prominently placed. Lindsey expressed appreciation to Commissioner Chad Copeland and the Pike County Commission for acknowledging the contributions of Dr. S.D. James by naming Country Road 4406 in his honor and memory.

James died on November 15, 2020 after a lifetime of serving the Lord, his parishioners, the citizens of the local community and the world through his ministry, Lindsey said.

“Dr. James whole life was dedicated to serving the Lord,” Lindsey said. “We can’t count the many times Dr. James and his staff have set out down County Road 4406 from Jerusalem Campground to minister throughout the world in places like England, Israel, France, Germany, Syria, The Bahamas, Holland, South Africa, Austria, Jamaica, Aruba, Canada, South America and, of course, the United States and right here in Pike County, in Banks, Alabama.”

Lindsey said, as a result of James’ ministry, countless people have come to accept Jesus Christ as their Lord and Savior.

“Dr. James traveled around the world ministering, but each summer until the pandemic, he was an integral sponsor of the ‘Each One Reach One Community Outreach.’

James believed that God’s love is best shared when each person reaches out to another with genuine love, concern and caring.

James was called into the ministry at the age of four. At the age of seven, he was licensed to preach and teach and began traveling as an evangelist on Trailway and Greyhound buses, while completing his education at several universities including Alabama State, Auburn University and several Bible colleges.

Whether James was sharing God’s message of salvation here at home in rural Banks or in cities around the globe, Lindsey said his directive could be found in Philippians 4:9, “Those things, which you have both learned and received and heard and seen in me, do and the God of Peace shall be with you.”