Brundidge takes a bite out of blight 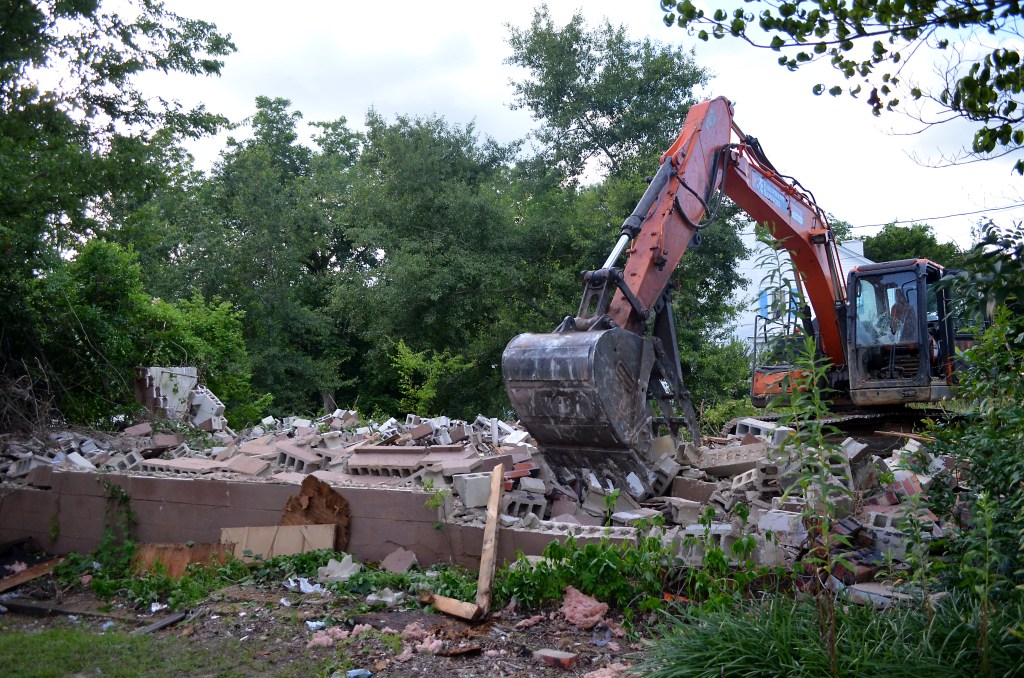 Jaine Treadwell | The Messenger An old laundromat on Main Street in Brundidge was demolished as part of the city’s effort to clean up unsightly areas of town.

The City of Brundidge was a-buzz Tuesday as the demolition of blight within the city began.

“And, it was really buzzing,” said Ronald Godwin, local resident, with a chuckle.

When the demolition of the laundromat on North Main Street got underway, a swarm of bees obviously objected to their hive having to be relocated and caused a short delay in the action.

But, the demolition of dilapidated structures within the city is continuing with the removal of about 14 structures that have been identified as blight.

The laundromat was the first to be demolished, followed by a former residence on North Main Street.

Brundidge Mayor Isabell Boyd said the city was fortunate to receive a Community Development Block Grant that made it possible to remove a specified number of dilapidated structures, both houses and businesses, including the former Brundidge Foods building.

Linda Faust, city clerk, said the removal of the food industry building, which is located along the railroad on Lee Street, will be an ideal location for a small industry and could promote business growth in that area.

The demolition of all structures is being done in agreement with the property owners, Boyd said.

The city’s 10 percent match for the grant is $35,000, which Boyd said is an extremely good deal for the city.

“The demolition of dilapidated structures will give the city a facelift and will, hopefully, encourage homeowners to maintain their properties in compliance with city ordinances regarding the upkeep of property, Boyd said.