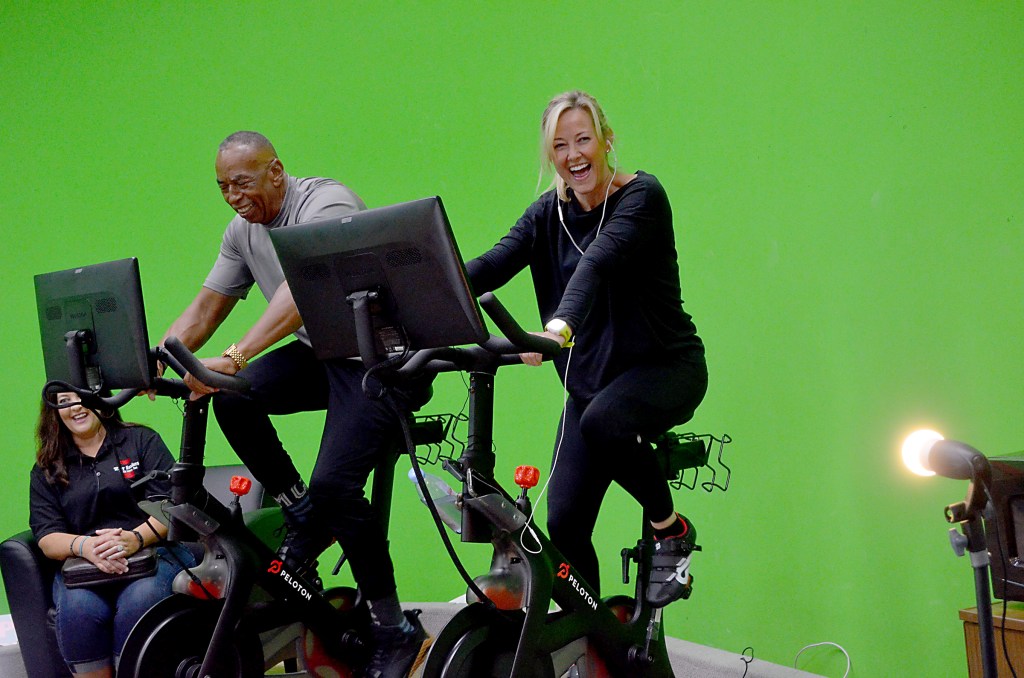 Submitted Photo Jeffrey Bennett, left, and Kelly Sanders take part in a bike relay for the Miracle League of Troy.

The Wiley Sanders Truck Lines Two-Bike Relay fundraiser to benefit the Miracle League of Troy on Monday raised $12,000-plus and that was more than hoped, said Kelly Sanders, event organizer.

“We are excited with the amount raised and look forward to presenting the donation to the Miracle League and the many children who have the opportunity to play baseball, be a part of a team and have fun,” Sanders said. “We want to thank our bikers, our donors and all those who made the fundraiser possible. It was a team effort and the money raised will benefit the children of the Miracle League.”

The Wiley Sanders Truck Lines fundraiser to benefit the Miracle League of Troy was a two-bike relay between the guys’ and girls’ teams of three and was televised on Troy Cable 52 Monday morning. The team that rode the most total miles in 60 minutes, with each member riding 20 minutes, was declared the winner. The girls’ team of Sanders, Amanda Floyd and Kristi Kitchens logged 19.9 miles to edge the boys’ team of Frankie Sarris, Jeffrey Bennett and Kevin Baker with 18.36 miles.

Sarris rode the most miles at 7.18 to top the boys’ team, while Kitchens was the girls’ top rider with 6.94 miles.

Bennett was the low-mile rider and, for his performance, received a pie in the face. Bennett lived up to his personal pre-race expectations when he announced that his taste buds were set up for lemon pie.

The riders said the fundraiser was fun and exciting even after their leg muscles began to ache. “Because it was an honor to ride for such a good cause, ‘the kids.’”

The date and time of the presentation to the Miracle League from the Wiley Sanders Truck Lines Fund Raiser is to be announced.