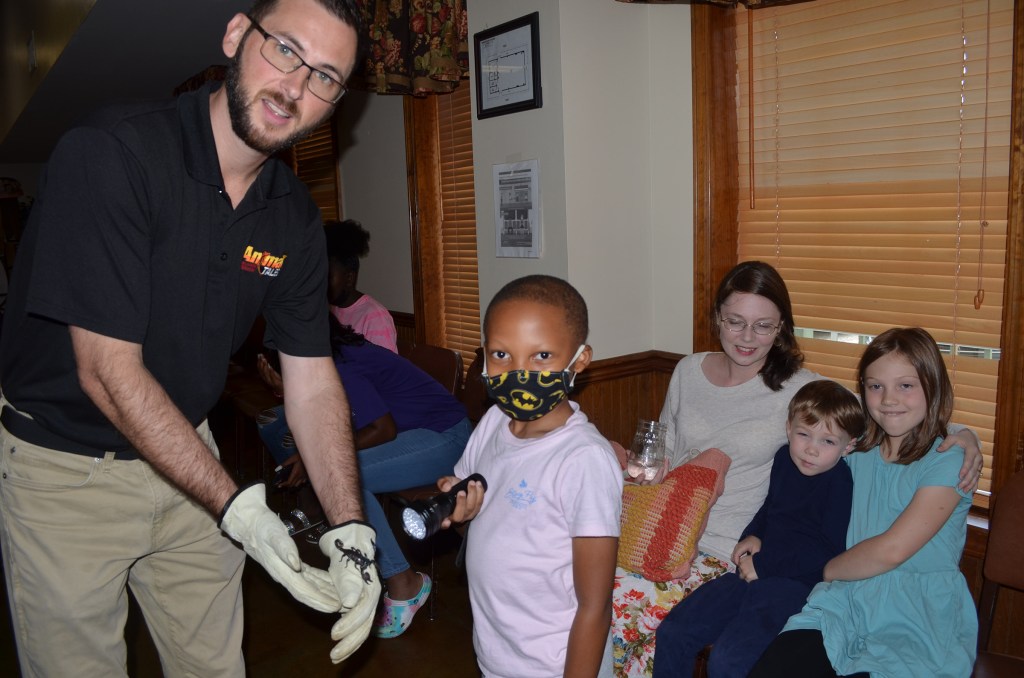 Animal Tales brings a unique edZOOcation to children across the Southeast. Thursday was an exciting day at the Tupper Lightfoot Memorial Library when Jon Ham and his Animal Tales friends, visited “Tupper’s” kids.

Animal Tales, a live animal education company in Pensacola, was presented by the Brundidge library as a special event of “Tupper’s” Summer Reading Program.

Lampley said Ham told interesting facts about each of the animals and the children had opportunities to view the animals up close. The visiting animals included an emperor scorpion, a long-tailed chinchilla, a giant African bullfrog, an Argentine black and white tegu, vonder deckins hornbill and a hog island boa.

“All of the animals were interesting and the children seemed very interested in how the animals protected themselves and what they ate,” Lampley said. “I’m not sure if there was a favorite among the animals. Of course, a boa is very impressive but, I think, even though it was small, the scorpion was probably the favorite.”

Ham needed a helper to demonstrate how a flashlight shining on the scorpion gave it an almost glow-in-the-dark effect and that was enough to frighten any enemy away.

Children love animals and they enjoy learning about them, Lampley said.

“Animal Tales was a great way for the children to learn more and want to know more.”