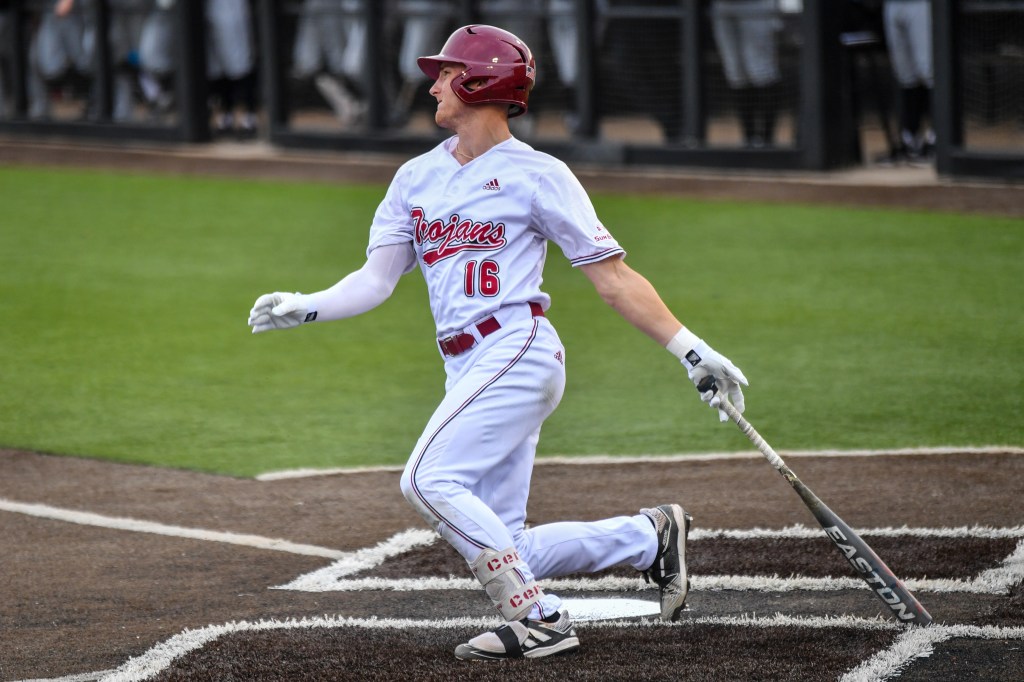 Cerny earned All-Sun Belt and All-District First Team honors this past season after he batted at a .332 clip with 17 doubles, four triples, 15 home runs and 47 RBIs. The Lawrenceville, Ga., native finished the year with a 1.118 OPS and led the Sun Belt Conference in slugging percentage, doubles and triples while ranking second in home runs and total bases.

His offensive attack was well-balanced as he ranked seventh in batting average, fourth in on-base percentage (.424), fourth in runs scored (49), eighth in hits (64), fourth in RBIs and 11th in stolen bases (11).

Cerny’s three Sun Belt Player of the Week honors were more than any other player in the league. He was named a Collegiate Baseball National Player of the Week in week one after he hit three home runs and two doubles in the Saturday contest against Youngstown State on Opening Weekend. He finished with seven RBIs and 16 total bases in the outing, which tied a school single-game record set in 1990.

About the MLB Draft Combine

MLB Network will cover the MLB Draft Combine throughout the week of June 21, including five consecutive hours of exclusive coverage live from Cary, North Carolina on Friday, June 25 beginning at 1 p.m. (ET). MLB Network’s Greg Amsinger, Dan Plesac, Harold Reynolds, Bill Ripken and Dan O’Dowd, as well as MLB.com’s Jim Callis and Sarah Langs, will provide analysis and breakdowns throughout the afternoon on June 25 as the players undergo their pro-style showcase workout. Interviews with players and Club personnel will be featured as part of the coverage.

Participants at the MLB Draft Combine will have opportunities to be featured on MLB social media channels, in addition to receiving personal branding training and access to real-time content and custom video for their own platforms.

The Combine will provide an opportunity for players to participate in a series of medical and performance assessments as well as educational programming designed to prepare them for a career in professional baseball. On Thursday and Friday, all players will have the opportunity to participate in a pro-style showcase workout, as well as strength and conditioning and PDP performance assessments. Additionally, as part of the Combine experience, the high school players will participate in a unique showcase tournament.

The 2021 MLB Draft is planned for July 11-13 during All-Star Week in Colorado, and for the first time since the inception of the Draft in 1965, the event is scheduled outside the month of June. The Draft will feature 20 rounds across the three days, beginning with the opening night of the Draft on Sunday, July 11, at the Bellco Theatre in Denver.