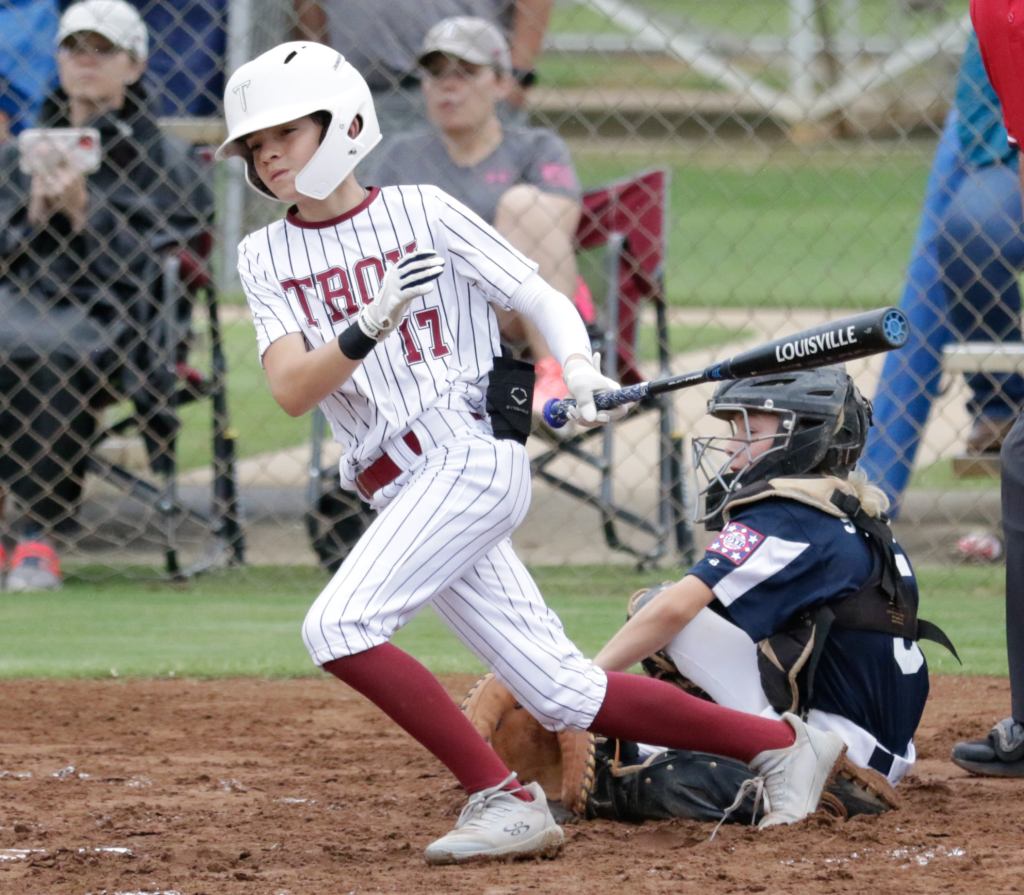 Photo/Dan Smith Troy All-Star teams are gearing up for state tournaments over the next few weeks.

Troy Recreation All-Star baseball and softball teams are eying state championships as they get set to play in state tournaments over the next few weeks.

The 7U, 9U, 10U, 11U, 6U Dixie Boys, 8U and Ozone teams advanced in baseball, while the Darlings, Angels and Ponytails advanced in softball.

The Belles and the Sweetees will get their first taste of tournament play sometime in July.

The Troy 9U team defeated Enterprise in a best two-of-three series in Troy earlier this month. The Troy 9U team, along with the 7U team will begin their state tournaments in Oxford starting on Thursday evening.

The 6U Troy team will travel to Headland to start their tournament on June 25.

The Troy Dixie Boys will open July with their state tournament in Opelika on July 6. Three days later the Troy 8U team will host their tournament on July 9.

While the 8U team will be playing in the Troy, the Ozone team will also start their tournament in Andalusia on July 9.

The Ponytails finished in second place in their district tournament in Geneva.