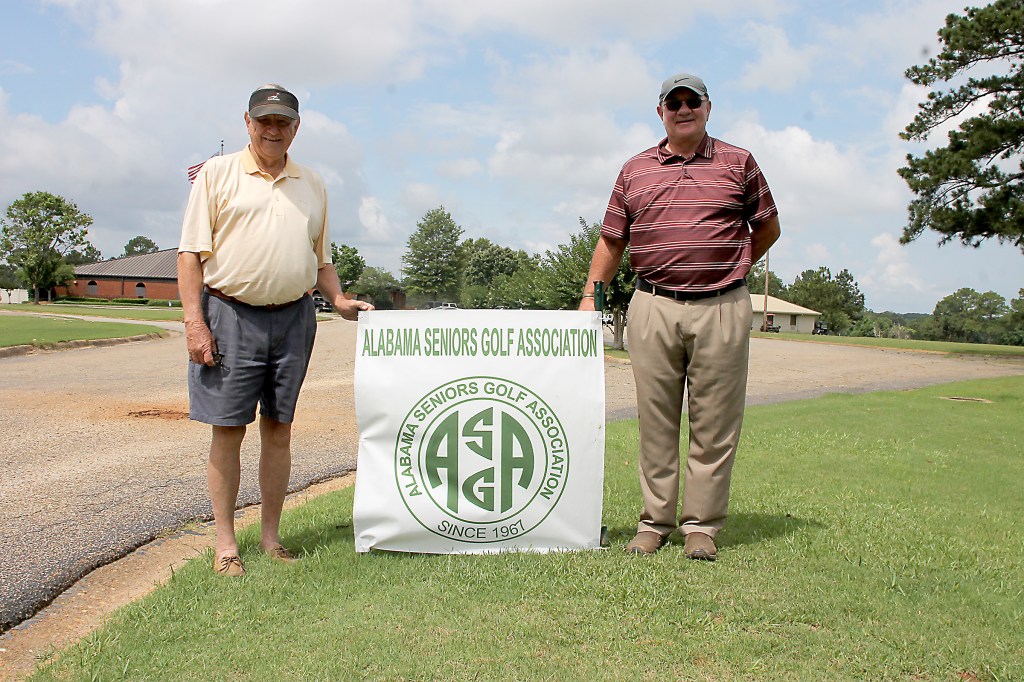 The Association was formed in 1967 and senior golfers have been playing friendly tournaments for more than 50 years.

More than 40 seniors, including many couples, participated in the three-round tournament, which wrapped up Wednesday.

Williams is local golfer and also serves as the secretary treasurer for the ASGA. He organizes three tournaments annually for the association, and the tournament championship was held in Troy for the first time this year.

In addition to golf, the seniors also were treated to two social hours and delicious meals on Sunday and Wednesday nights hosted by Troy Country Club. Club Pro Tony Mitchell and his staff handled all details for the group.

The Manager of Troy Country, Jack Byars, was especially complimentary of the group, saying “The ASGA group was as nice a group as we have had here at our club”. Byars and his staff served grilled mahi mahi on Sunday night and served filet and shrimp on Wednesday. He also made and served homemade cheesecake.

Frances Davis, also a Troy girl, had the non-golfer ladies into hers and William”s home  on Monday for brunch and dessert. Then on Tuesday the girls were downtown shopping. Many members toured Murphree, College and Walnut streets to see the beautiful homes in that area. Many also toured the Troy University campus and were amazed at the growth of Troy University as well as the community of Troy.