The Troy Exchange Club recently announced its nominees for the 2021 Tip Colley Award.

“The award also honors the late Dr. J.O. “Tip” Colley who embodied all the qualities celebrated by the scholarship. He was a beloved physician, successful businessman and civic leader in this community,” said Jerry Miller, who coordinates the program through the Exchange Club. “He was also an outstanding student and athlete in his youth.”

Miller said the 2021 Tip Colley Award winners will be announced within the next week.

Tajh Boyd is a graduate of Pike County High School. Boyd attends County Lane Missionary Baptist Church where she is a member of the youth group and the youth choir. Boyd is an usher, she is a Bible study assistant and she is a part of Bible Nurturing Youth.

Boyd was a member of the honor roll at Pike County High School. She was in the Ivy League Leadership Club and in the Christian Board of Education.

Boyd played basketball at Pike County High School. In the community, Boyd is part of the Martin Luther King, Jr. program, the community choir, community Thanksgiving, the Salvation Army and she is a BBA Volunteer.

Boyd will be attending Enterprise State Community College in the fall.

Morgan Bundy is a 2021 graduate of Pike Liberal Arts School.

She is the daughter of Max and Lynn Bundy and they attend Brundidge United Methodist Church, where Morgan is a member of the youth group, serves in the church nursery, and is a member of Vacation Bible School, the Breakfast Club, Children’s Sabbath, 21 Days of Prayer and the church Food Drive.

Morgan played volleyball, softball and basketball for PLAS. She was awarded AISA All-Star honors in basketball.

She was also a member of the Salvation Army, Turkeys from Heaven, Relay for Life, Operation Christmas Child, and the First Responders Breakfast.

Marx Copeland graduated from Pike Liberal Arts School. His parents are Chad and Donna Copeland. They attend Brundidge United Methodist Church where Marx is an usher and a Clay Hill Cemetery Groundskeeper, and is involved in the youth group, Monthly Men’s Breakfast and missions. Marx’s academic achievements include National Honors Society, Spanish Club and Calculus Club. Marx is a part of the State Championship football team and was recognized as Best Defensive End and Best Pass Rusher. In the community, Marx volunteers with the Miracle League, Powder Puff League as a coach, Peanut Festival, PLAS Deer Hunt, Relay for Life, Operation Christmas Child and Pike County Cattlemen’s Association. Marx will attend Wallace Community College in the fall.

Atley Eiland graduated from Pike Liberal Arts School. Her parents are Mark and Michelle Taylor. Eiland attends Rock Hill Baptist where she is a member of the youth group and she is also involved with vacation Bible study, organizing meals and the food drive. Eiland’s academic achievements include:  National Honor Society President, SGA, she was a dual enrollment student, she took a college leadership course, she was in the Calculus Club and she finished in the top-10 in her class.

Eiland played both volleyball and basketball at PLAS. In the community, Eiland volunteers with Operation Christmas Child, First Responders Breakfast, Hurricane Relief and campus clean-up. Eiland will attend Troy University in the fall.

Addison Garrott is a 2021 graduate of Pike Liberal Arts School.

She is the daughter of Brad and Erica Garrott and they attend Banks Baptist Church where Addison is a member of the youth group, a music class leader, and serves in the nursery, outreach and choir.

Addison was the valedictorian for PLAS and was also senior class vice president and historian, the public relations officer for the National Honor Society, a member of Calculus Club and was a member of the South Alabama Electric Youth Tour and the Headmaster’s Advisory Committee.

She was a member of the Drama Club, Interact, Excel, Fellowship of Christian Athletes, Spanish Club, secretary for the Twilighter Club and Pike County’s Distinguished Young Woman.

Addison was the captain of the PLAS cheerleading squad, which won the National Championship and AISA State Championship. She also was the Lauren Austin Award winner.

She also supported Turkeys From Heaven, the Salvation Army, Habitat for Humanity, the First Responder Breakfast and is a Pike County Chamber of Commerce Junior Ambassador.

She plans to attend Auburn University.

Tiffany Johnson is a graduate of Pike Liberal Arts School.

Tiffany attends Hephzibah Baptist where she is in the youth group, plays drums on the worship team, is involved with VBS and the food drive.

Johnson’s academic achievements include being in the National Honor Society, being the Senior Class Treasurer, being a SGA representative as a junior, she was a duel enrollment student and she was top ten in her class.

Johnson played on the Patriots basketball team. In the community, Johnson volunteers with Operation Christmas Child and Save-A-Life.

Johnson will attend Auburn University in the fall.

Tyrese Johnson is a 2021 graduate of Pike County High School

Tyrese is the son of Tyesha Johnson.

He attends County Line Missionary Baptist Church where he is a member of the youth group, youth choir, an usher, a youth chaperon, a member of the mass choir and an Hour of Power volunteer. Tyrese also attended the Christian Board of Education State and Baptist Convention.

Tyrese is a member of the National Honor Society, an honor roll student, a STEM program member, and attended the Hospitality International Training Academy.

He played football and baseball for Pike County High School. He plans to attend the University of Alabama at Birmingham.

Anna Price is a 2021 graduate of Pike County High School.

Anna is the daughter of Jeremy Price and Shanice Shaffer and they attend Banks Baptist Church, where Anna is a member of the youth group.

She was in the National Honor Society and served as Student Government Association president.

Grace Qualls graduated from Goshen High School. Qualls is the daughter of Terry and Ruth Qualls and they attend Collegedale Church of Christ, where Qualls is a member of the youth group, Lads to Leaders, vacation Bible school, she is a Sunday school teacher and she volunteers with the backpack program.

Qualls was the editor of the school yearbook. She was named Miss Goshen and was the Distinguished Young Woman runner-up. Qualls was also a member of the FBLA and the FFA.

Qualls was the co-captain of the Goshen cheerleaders. She also volunteered with the Special Olympics.

Qualls will be attending Troy University in the fall.

Scott Taylor Renfroe is a 2021 graduate of Pike Liberal Arts School. Scott is the son of Al and Laura Renfroe and they attend First Baptist Church, where Scott is a member of Youth Discipleship, the Children’s Ministry, Vacation Bible School and Common Ground Ministry.

He was the parliamentarian for the National Honor Society, a member of Calculus Club, and served as both the chaplain and president of the Student Government Association and was a Boy’s State Delegate.

Scott was also a member of the Pike County Chamber of Commerce’s Junior Ambassadors, the Miracle League, Salvation Army, Turkey’s From Heaven, Operation Christmas Child, Habitat for Humanity and the First Responder’s Breakfast.

He will play football at Troy University.

Grace Rushing graduated from Pike Liberal Arts. Rushing is the daughter of Gary and Paula Rushing and they attend The Vine Church where Grace is a member of the youth group, the serve team, the food drive and Vine Students.

Rushing’s academic achievements include: National Honor Society, English Award, first place finish at Science Fair Robotics Club and she was the member of the SGA.

Rushing played volleyball where she was an AISA All-Star, an All-Area player and offensive player of the year. She was also the captain. Rushing also played softball and was named to the All-Star Tournament Team.

In the community, Rushing volunteers with the Miracle League and the Animal Rescue Project. Rushing will attend Troy University in the fall.

John Baxley Sanders graduated from Charles Henderson High School. His parents are Shelia Compton and David Sanders. He attends Southside Baptist and is involved in youth group, transportation of elderly, Truly Chosen events and RA’s. John’s academic achievements include National Honor Society, Dual-Enrollment with Troy University and honor roll. John is a member of the FFA and the Art Guild. He was a library aid and Mr. CHHS. He is captain of the football team, player of the week and defensive player of the year. He is also on the baseball team. In the community, he is involved with Miracle League, Mayor for a Day and Mock Senate. He will attend The University of Alabama in the fall.

Ashlyn Shaver is a 2021 graduate of Charles Henderson High School.

She is the president of the National Honor Society, a Girl’s State Delegate, Homecoming Queen, the yearbook editor, president and chaplain of the 21 Club, and an assistant athletic trainer for the football team.

She was the captain of the softball team for CHHS.

Will Snyder graduated from Goshen High School. His parents are Bart and Stephanie Snyder. They attend Little Oak United Methodist Church where Will is a part of the youth group, Samaritan’s Purse, Operation Christmas Child and Methodist Charge Men’s Club. Will’s academic achievements include National Honors Society, National Technical Honor Society, Beta Club, Bryant-Jordan Achievement Winner, SGA Representative, Class Historian and AHSAA Student Leadership Council. He is a member of FFA, FBLA, Health Occupations Student Association, FCA and Boys State. Will is captain of the football team and South All-Star. He was on the State Championship basketball and baseball teams. In the community, he volunteers for the Salvation Army, Special Olympics, Dr. Seuss Day, Relay for Life and Field Day. He will attend LBW Community College in Andalusia.

Bailey Sparrow is a 2021 graduate of Charles Henderson High School.

He is the son of James and Robin Sparrow and they attend Park Memorial United Methodist Church where he was a member of the youth group.

Bailey served as the vice president and president of the National Honor Society, and was a member of Mu Alpha Theta, Beta Club, was a Student Government Association representative, Top 10 in his class, was the senior class treasurer and a dual enrollment student at Troy University where he made the Chancellor’s List.

Bailey played baseball for the Trojans and was involved in Turkeys from Heaven, Miracle League and was a volunteer for the Troy Parks and Recreation Department.

He plans to attend Auburn University.

Walker Stallworth graduated from Pike Liberal Arts School. His parents are Brett and Elizabeth Stallworth. They attend First United Methodist where Walker is involved with the Youth Group, Biscuits and Bibles and Common Ground Ministry. His academic achievements include National Honors Society and Beta Club. Walker is a member of the Interact club, Excel Club, Stock Club, FCA and Patriot Pals. Walker is on the State Championship football and baseball team, along with the All-Star baseball team, and All Tournament Team. Walker was player of the month and player of the week. In the community, Walker volunteers with the Salvation Army and the Baseball County Volunteer Tornado Clean-up. He will be attending Southern Union State Community College. 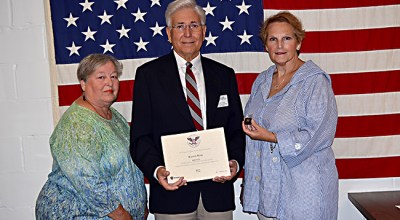 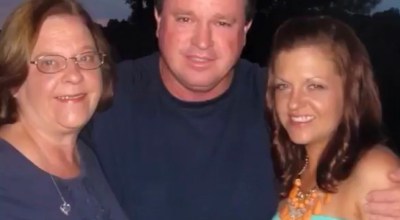