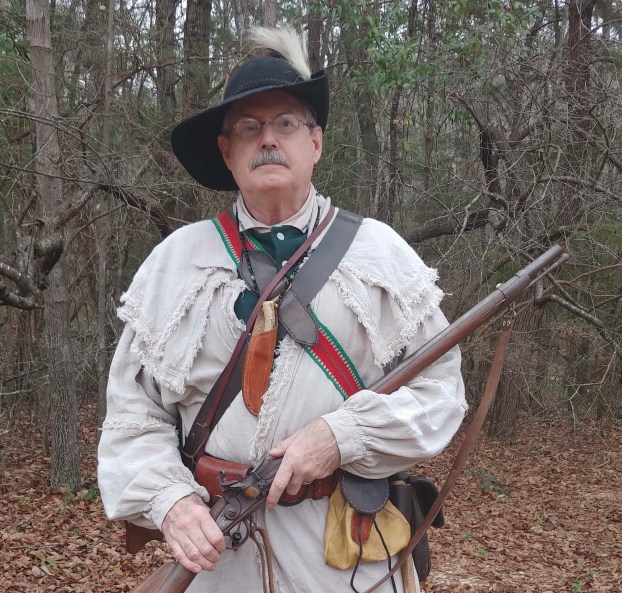 Contributed Photo Thunder on the Three Notch, a Living History Program, will be held Friday and Saturday at the Pioneer Museum of Alabama. Battles take place at 2 p.m. each day.

Thunder on the Three Notch this weekend

Thunder on the Three Notch Creek War of 1836 will be the featured weekend event at the Pioneer Museum of Alabama Friday and Saturday.

The Living History program will be from 10 a.m. until 5 p.m. with the battles taking place at 2 p.m. each day.

Bob McLendon, event organizer, said the living history program will include music with fiddles and other period instruments, spinning, weaving, dying of clothes over an open fire and other related activities.

The battles will take place in the back area of the museum each day and will last 30 to 40 minutes.

McLendon said Thunder on the Three Notch is an opportunity for people to witness a re-enactment of a battle that took place here in Pike County.

“Many people might not know that one of the last battles of the Civil War happened in Pike County as did the last battle of the Creek War,” McLendon said. “Thunder on the Three Notch is a reenactment of the battle that occurred between the Creek Indians and the home militia.”

McLendon said land had been given to the Creek Indians in a government treaty.

“But the settlers, and many of them, were coming into Alabama and they wanted the Creeks’ land and they were attempting to take it, but the Creeks defended the land they believed was rightly theirs.”

McLendon said the Thunder on the Three Notch re-enactment features the weapons and the dress of the period.

“The Creek Indians were not dressed as most would expect, rather their dress will be historically correct,” he said. “The militia will also be in period costume. Although the battlefield will not be the same, the battle will give viewers a realistic idea of how the battle was fought.”

The re-enactment will tell the story of both sides of the battle of the Creek Indian War.

Although the re-enactment is the featured event, there are many other activities of historical interest to observe and to learn about.

“We have a large number of re-enactors participating and they all enjoy taking about what they do and the wars they have  ‘fought,” he said. “They will be eager to share information about the Creek War here in Pike County, so Thunder of the Three Notch will be a day for learning fun.”

Admission to Thunder on the Three Notch is $10 for adults, $8 for seniors and military, and $6 for students. Children five and under will be admitted free. The entry fee includes the Pioneer Museum of Alabama. Annual individual and extended family membership will be available that include Thunder on the Three Notch and other special events at the Pioneer Museum of Alabama.

Riding down a long and winding dirt road is right up the alley of Steve and Deb Garst. Steve might... read more