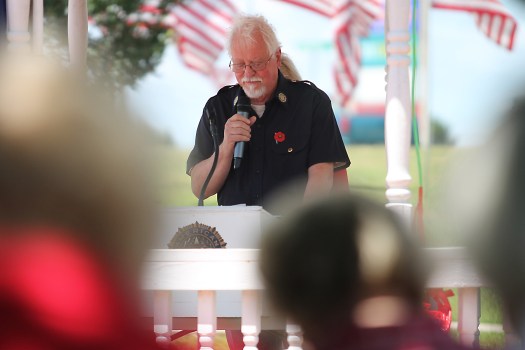 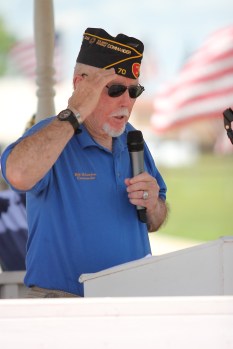 American Legion Post 70 held a Memorial Day ceremony to remember the nation’s heroes that died defending the ideals and freedom of the United States of America. The names of all military personnel killed in armed conflicts since World War I were read aloud. American Legion Commander Bob McClendon, left, said many soldiers died on the battlefield, but many died years or decades later from unseen wounds, such as Agent Orange and post traumatic stress syndrome. Above, Dan Fraley gave a closing prayer for the fallen soldiers and the nation.